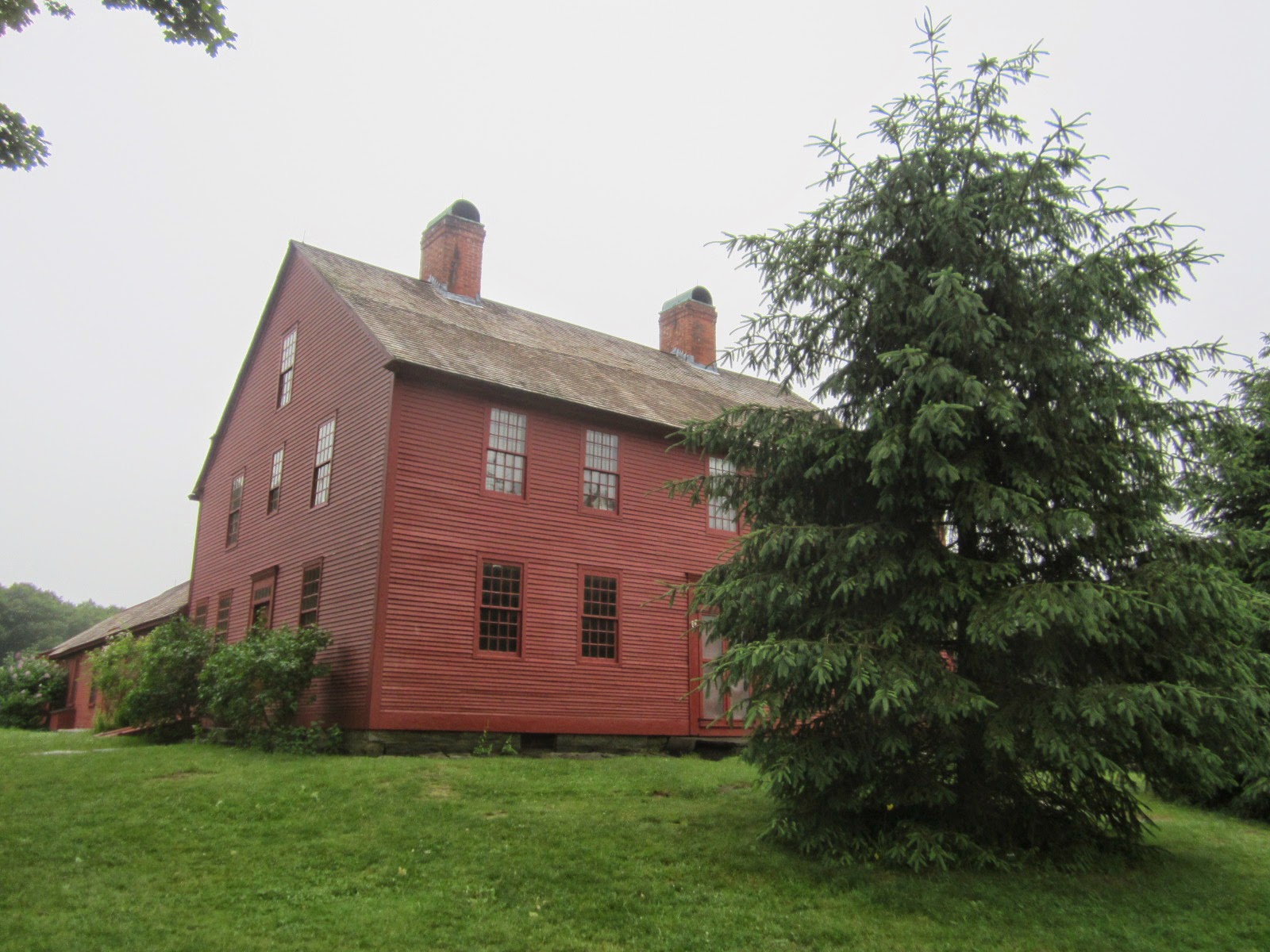 Stopped by the Nathan Hale Homestead in Coventry. Although Hale never lived there (his parents were building it while he was serving in the Continental Army), it has a number of his relics, and is definitely worth a stop. 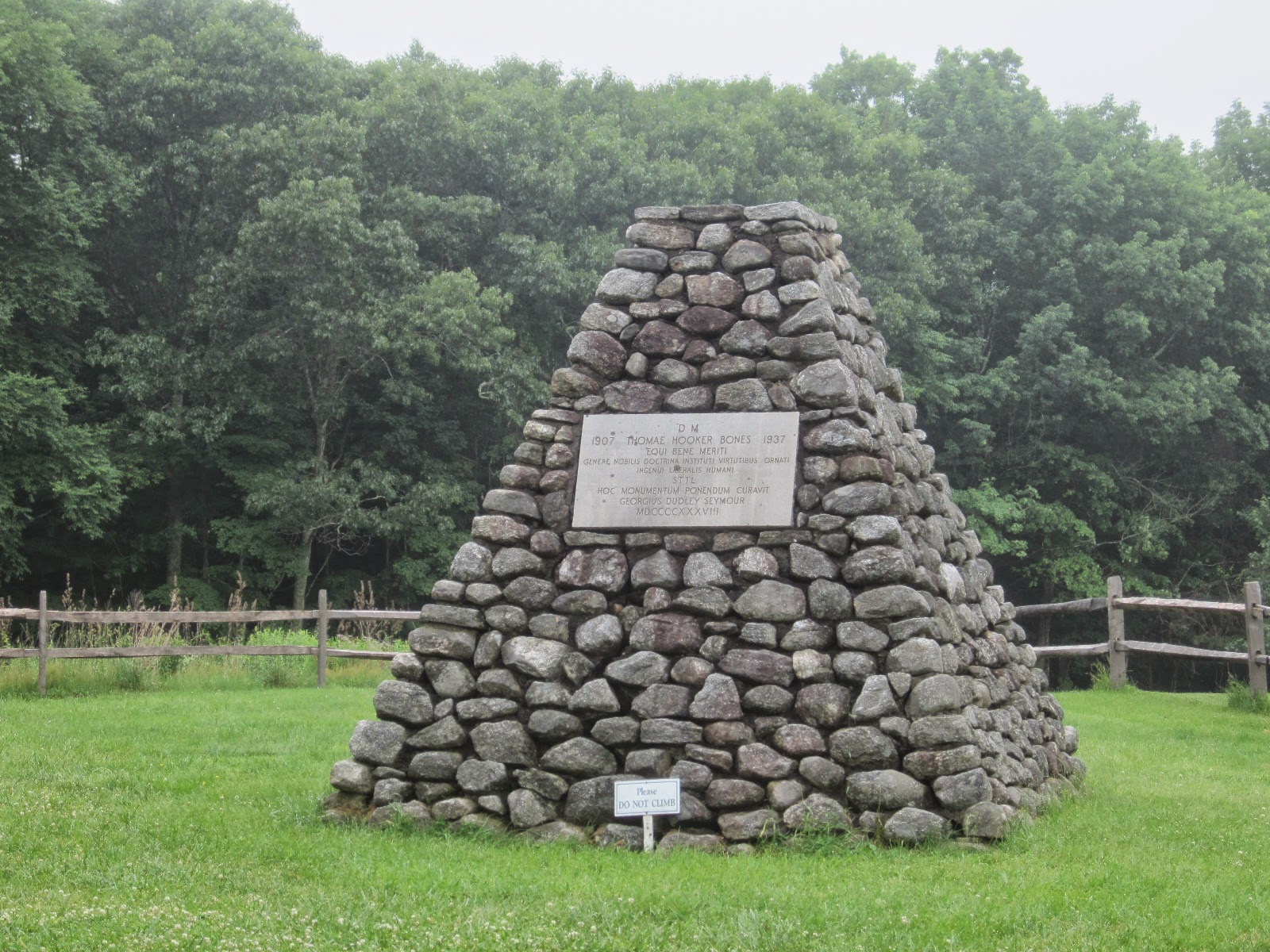 This monument is actually the grave of the historian George Seymour's horse, after he bought and restored the house in the early 20th century. Seymour is partially responsible for bringing Hale forward into national consciousness with his work gathering documents and preserving sites. 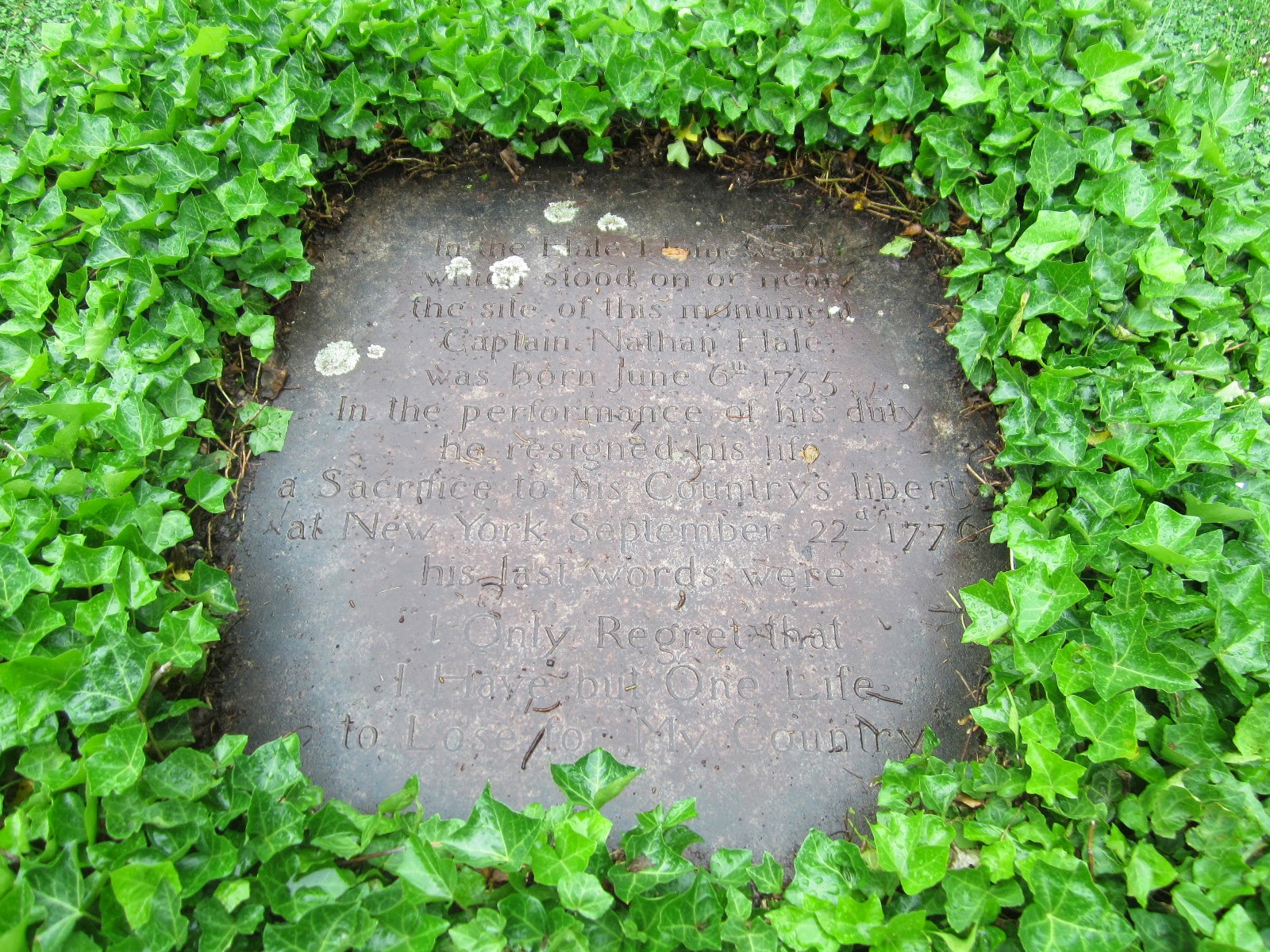 This plaque marks the original home site, where Hale grew up.  Of course, things like doors and whatnot were reused in the second house, and on the back of one, what may be a drawing of Hale's head by his sister is one of the cool things you'll see on the house tour of this American hero.
Posted by Eric D. Lehman at 2:03 PM