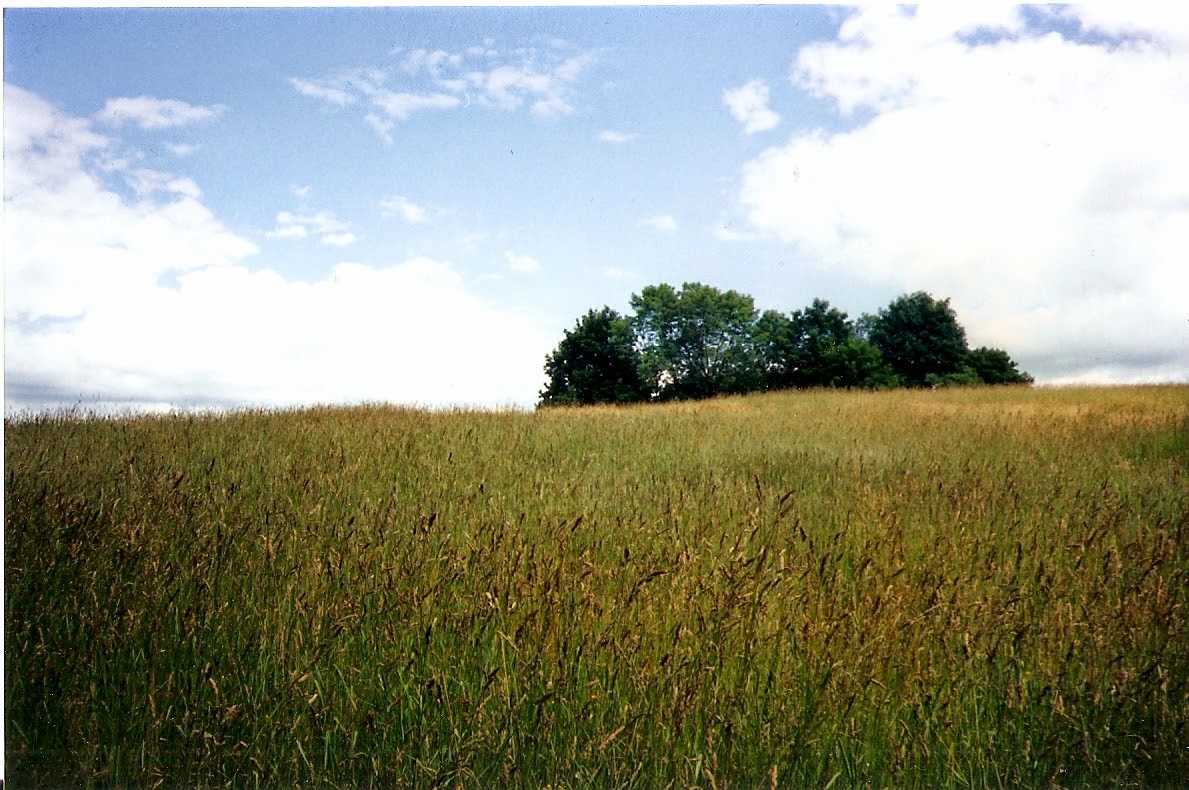 Check me out on this episode of Radio Arts and Leisure, a program on Hersam Acorn's Radio. I'm at about 20 minutes into the ep, discussing my book Afoot in Connecticut. Enjoy!
Posted by Eric D. Lehman at 11:57 AM No comments: 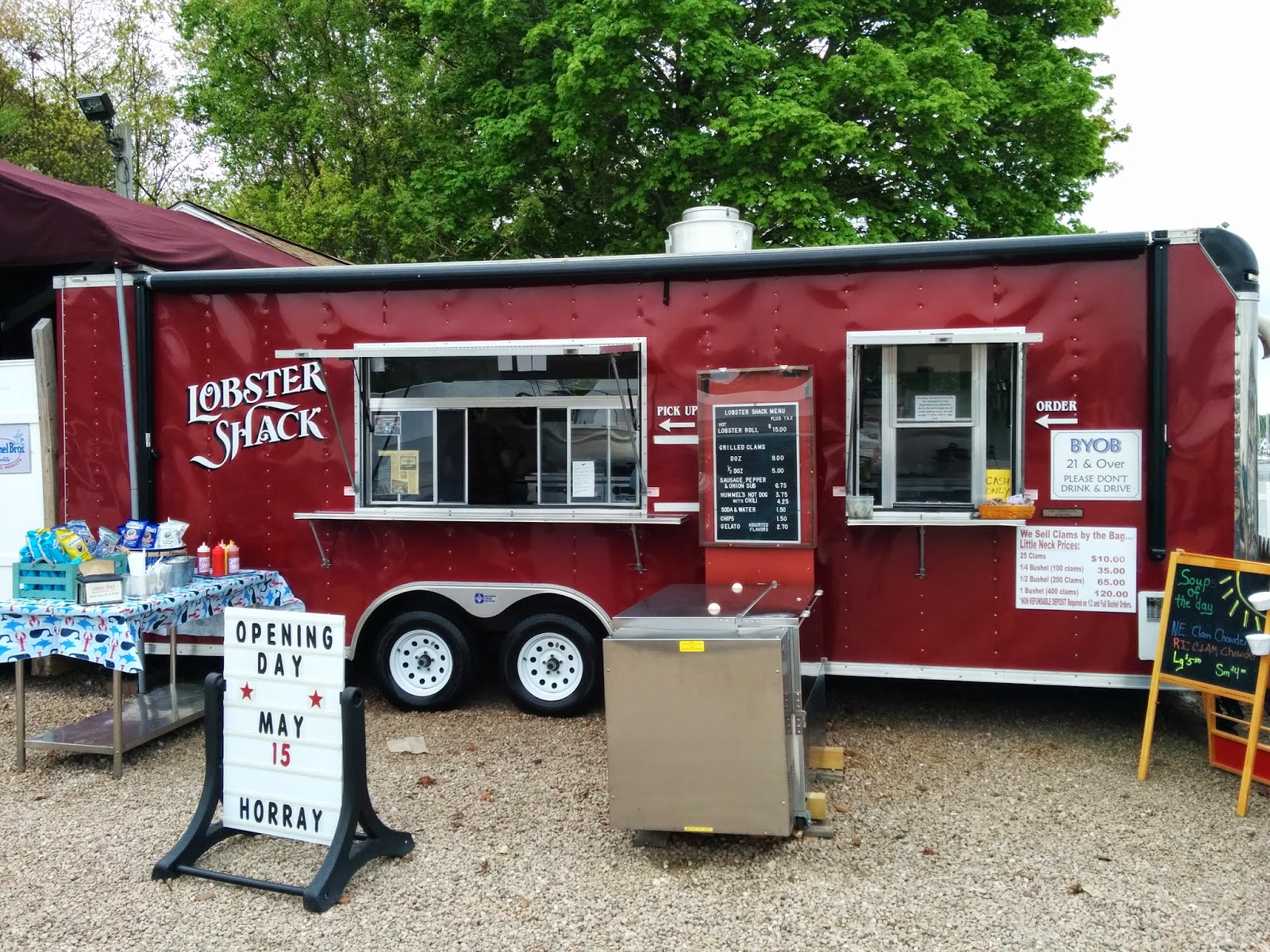 Stopped by the Lobster Shack in Branford on their opening day yesterday, furthering my quest to ascertain the best lobster roll in the state. (Hot Lobster Roll, of course - or I should state correctly and fully, "Connecticut Hot Lobster Roll") 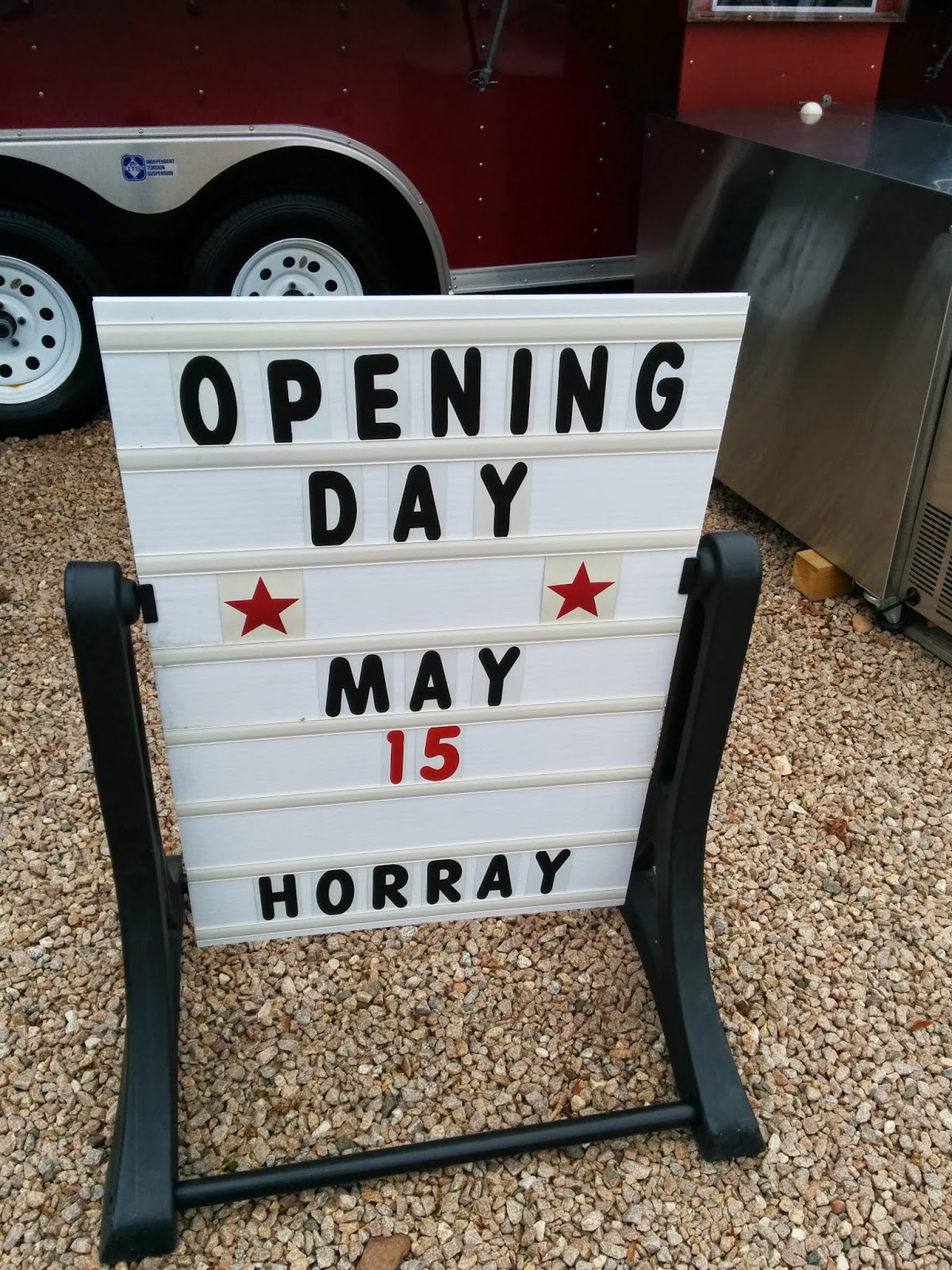 Despite misspelling "Hooray" I was impressed with their authenticity and location on the inlet in Branford. The boats in front of the old factory was quintessential Connecticut. 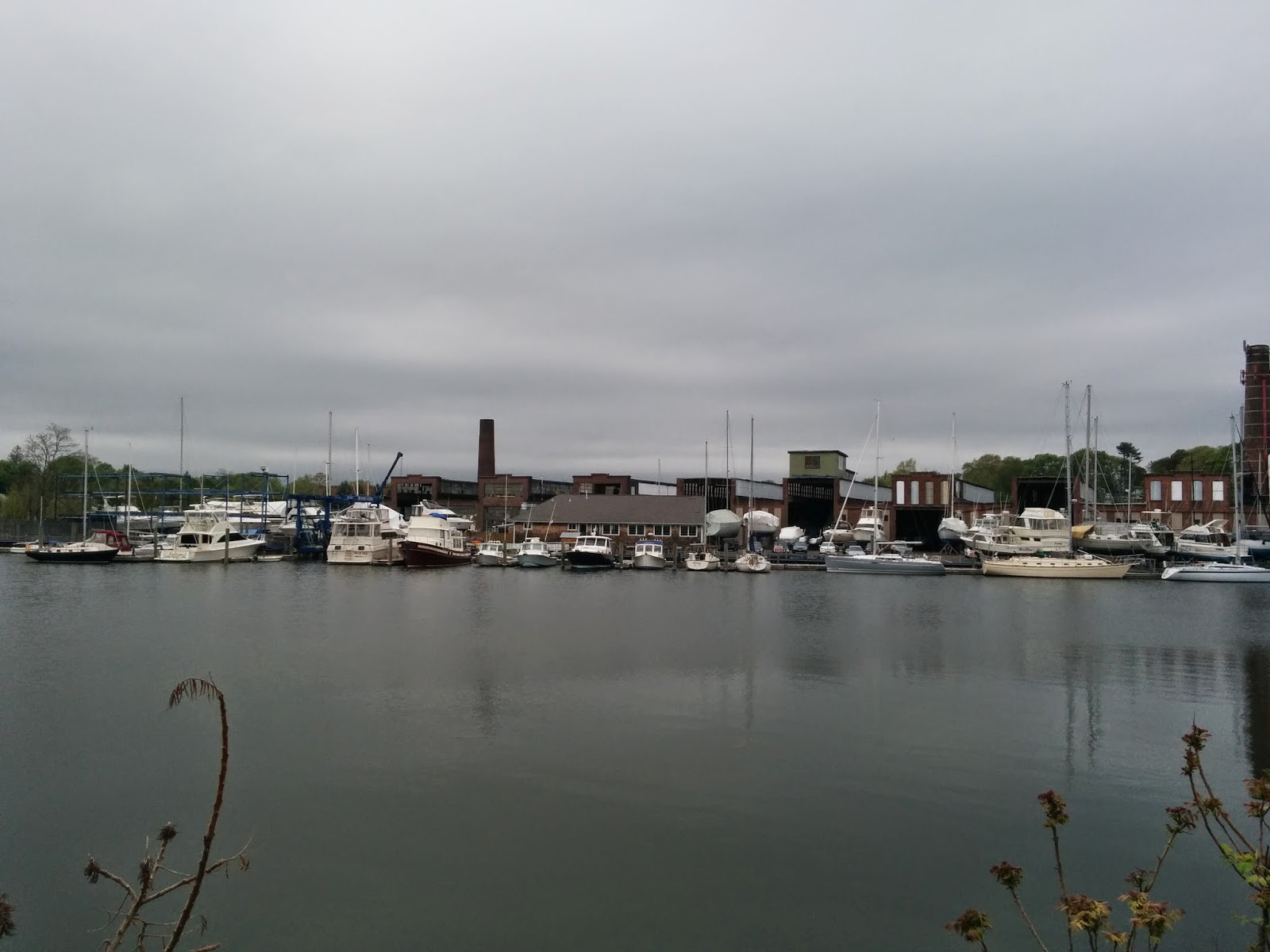 As for the roll itself, well, they used a grinder roll, which I am more and more convinced is the right way to go. They did not use too much butter, and added more lemon than usual, something my wife was very appreciative of. Alas, the meat itself was a bit on the rubbery side. So, a very good lobster roll, but not the best. That title still goes to Lobster Landing in Clinton. 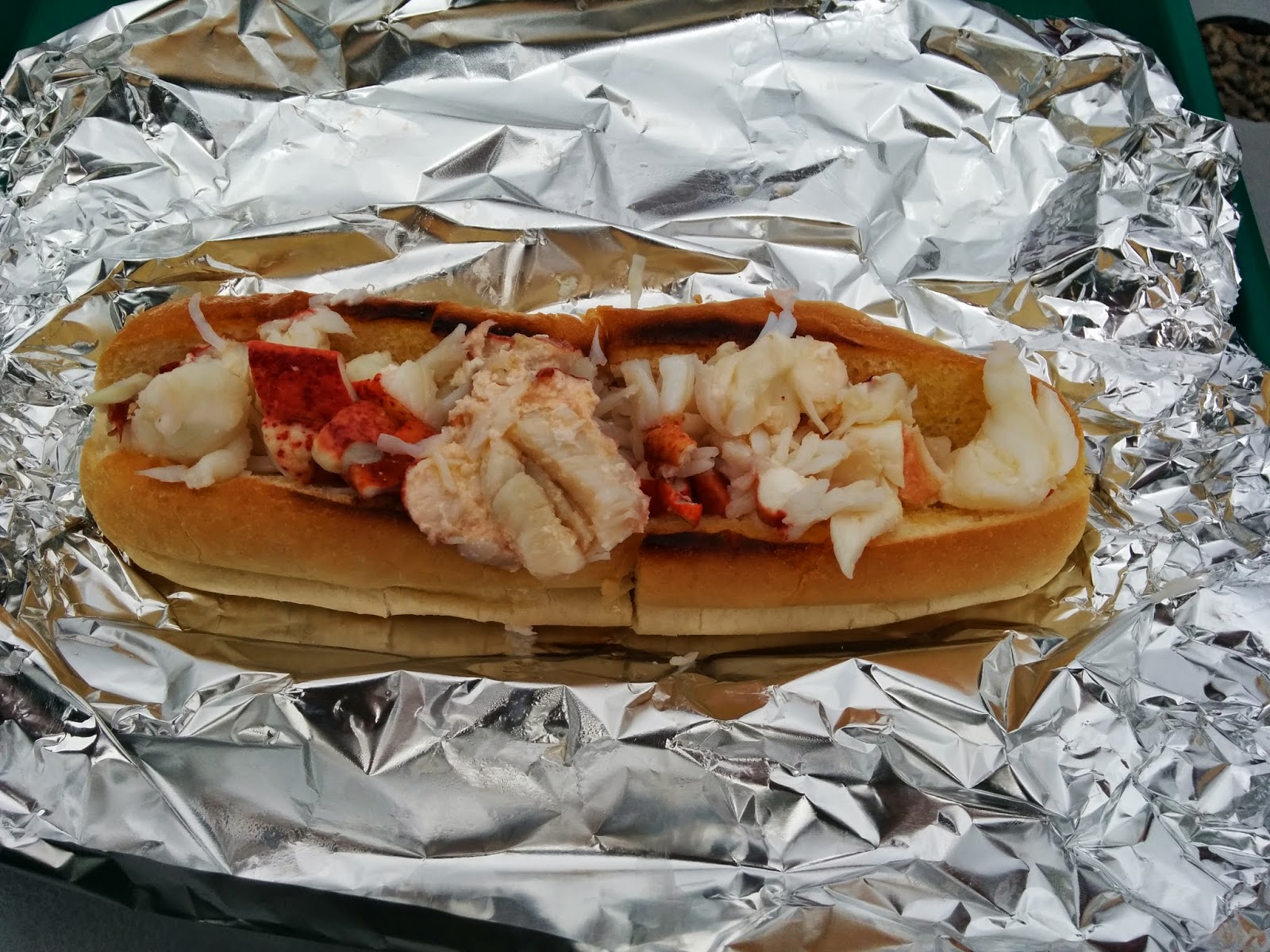 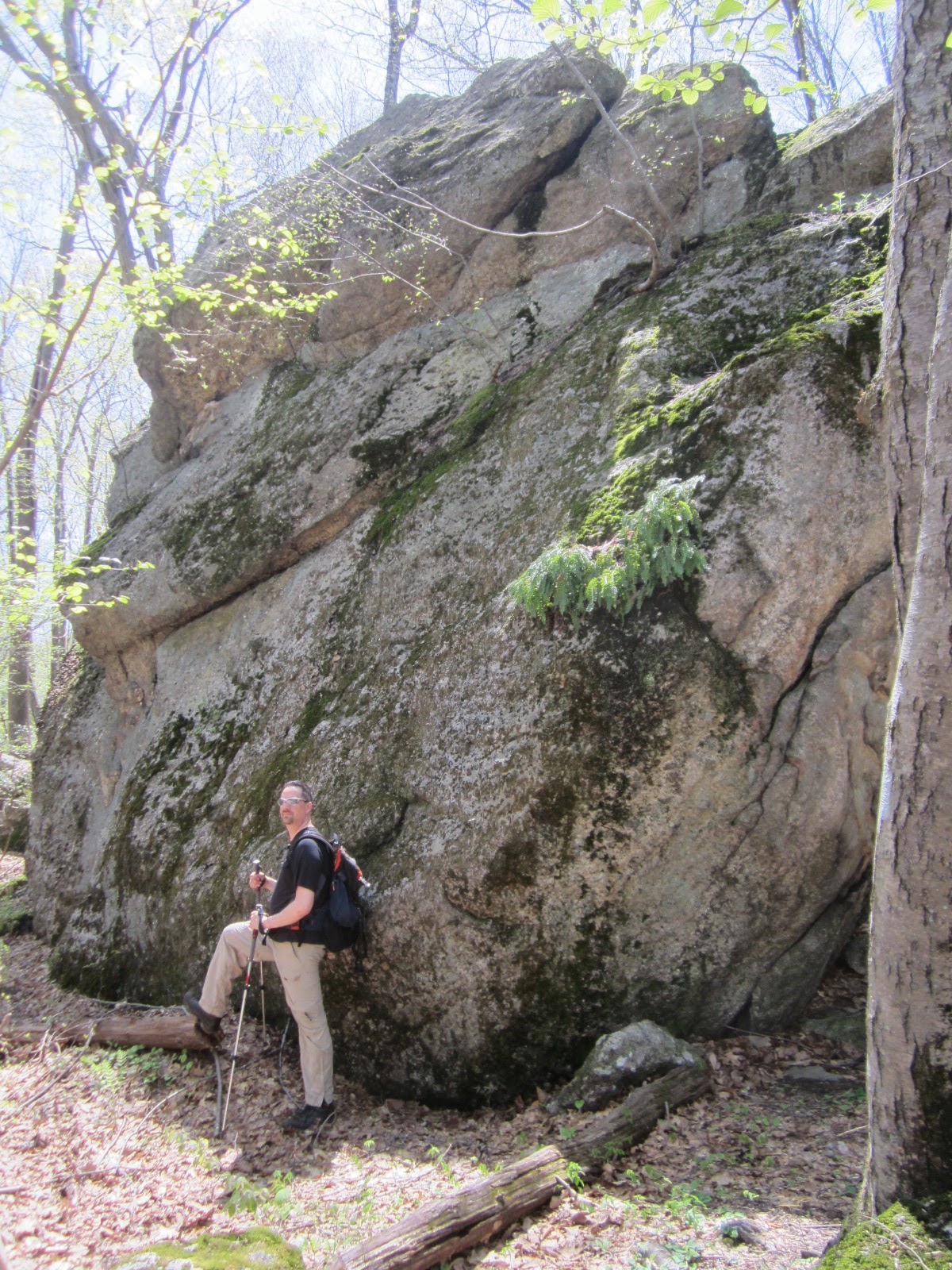 Took a lovely hike along the Mattabesett Trail over Mount Pisgah, past Pyramid Rock (above), and up the Mica Ledges to the corner marker of Guilford, Durham, and North Branford (see below). 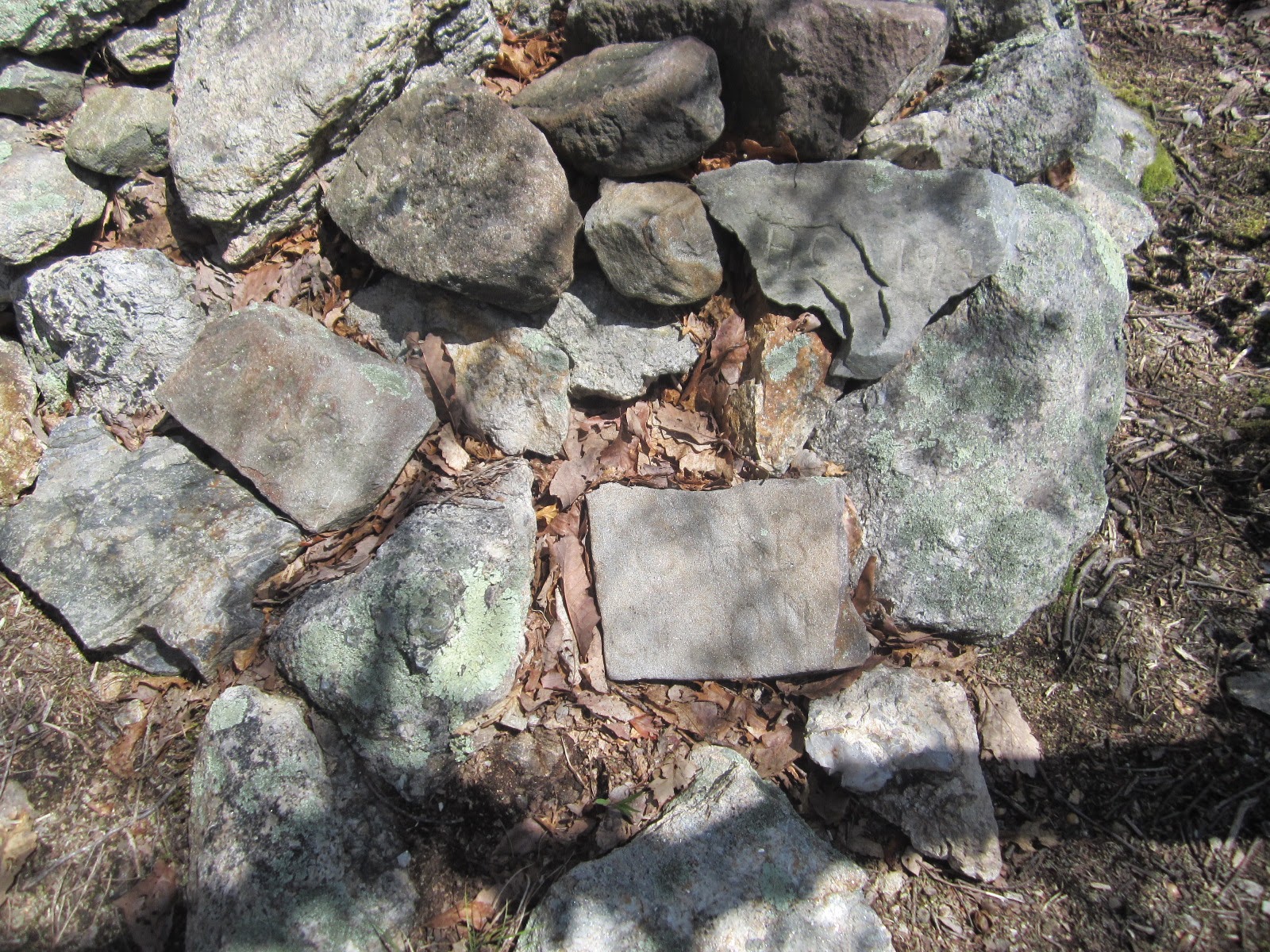 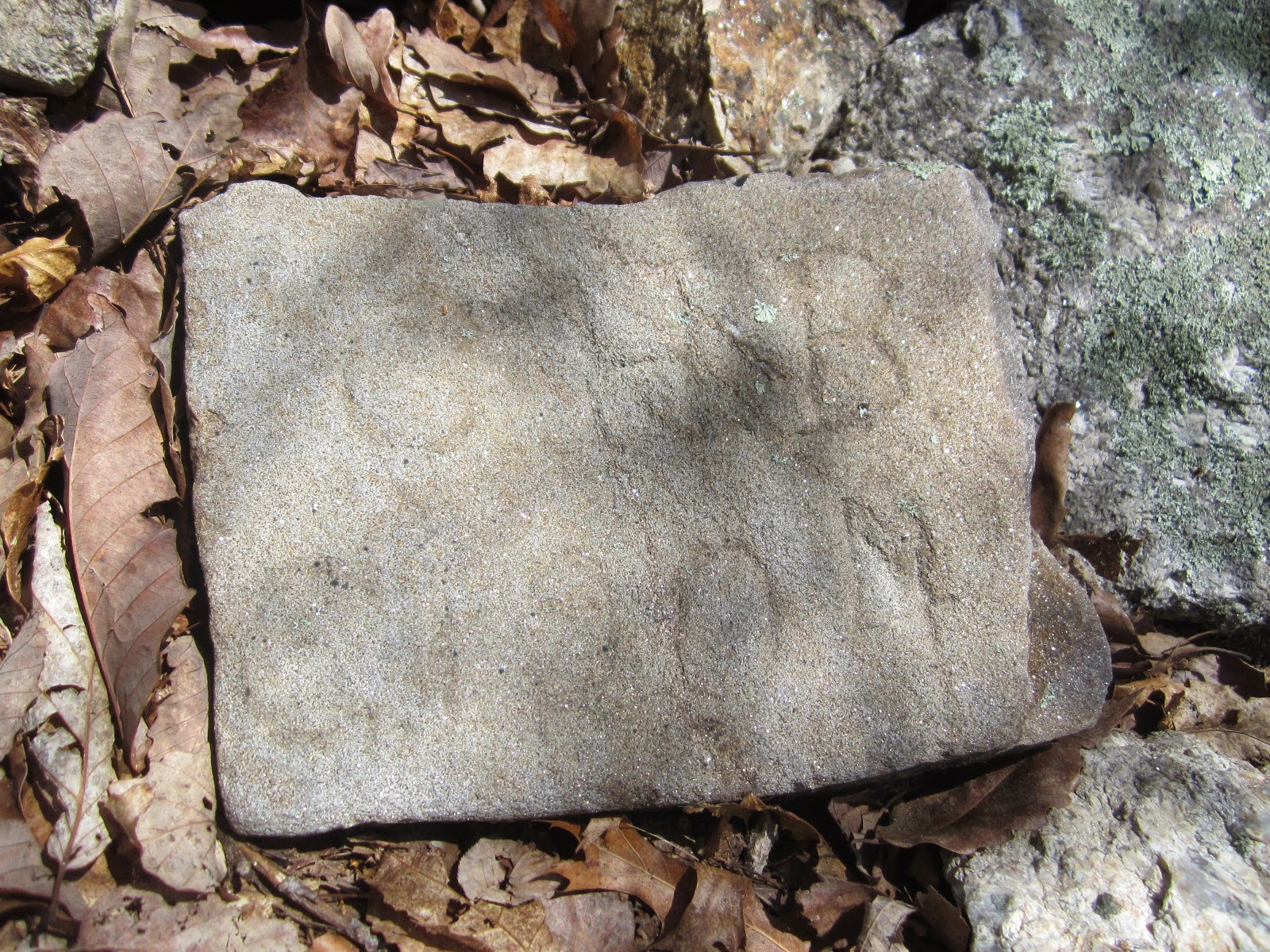 Some great views, but there's a lot of development below, especially off the Mica Ledges. Really disgusting McMansions with no trees around them - like a wasteland - I can't believe that those are even permitted in Connecticut. We have some of the nicest suburbs in the country, all because of the trees. I'm sure its harder to leave them up, or put them in, when making a new development, but the box-like prefab houses and lack of trees just indicate the cheapest, most poorly thought out construction. 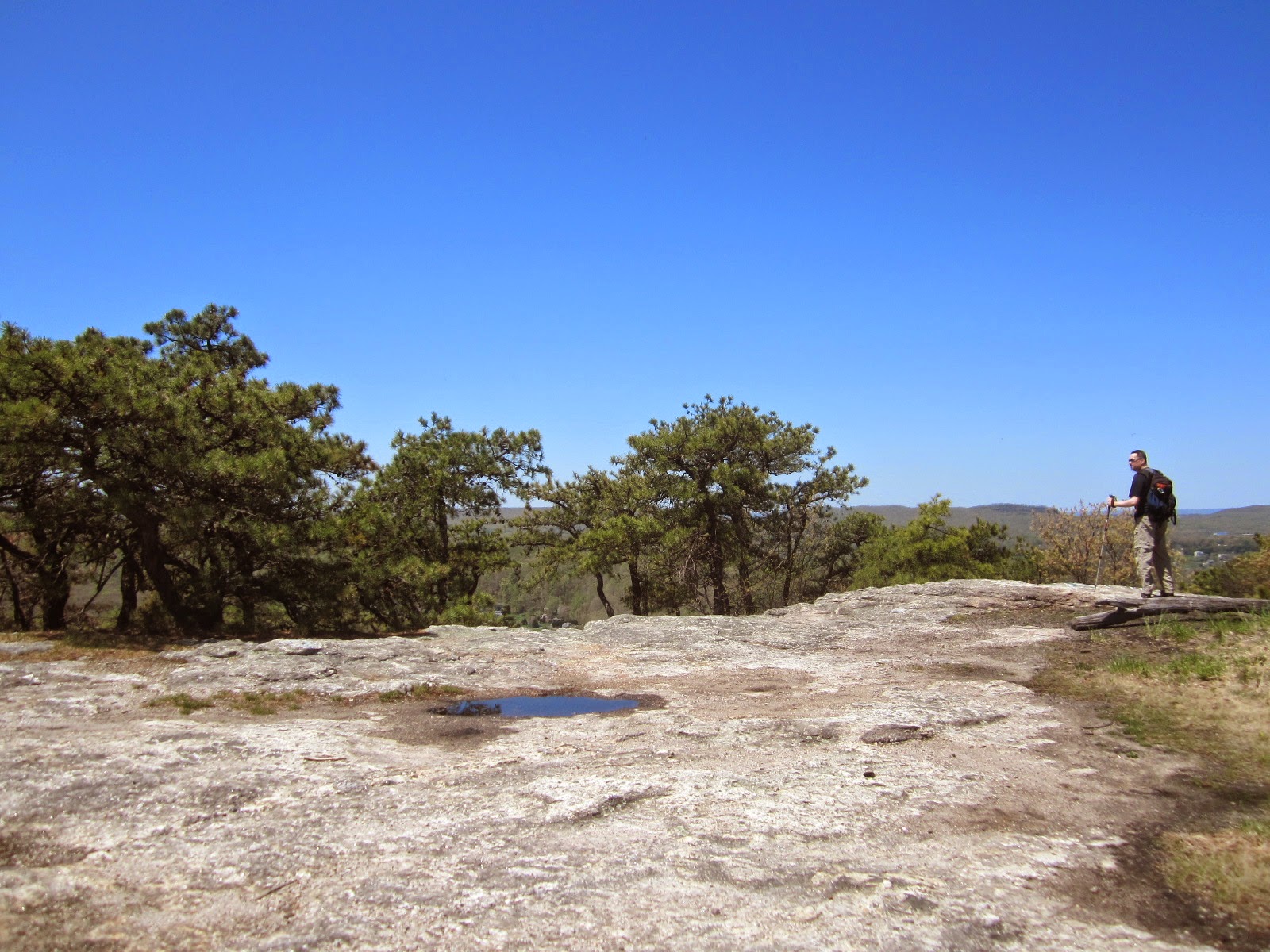 Luckily, such thoughts were far away as we watched red-tailed hawks from the ledges and ate a lunch of p and j sandwiches, gouda cheese, and apples. 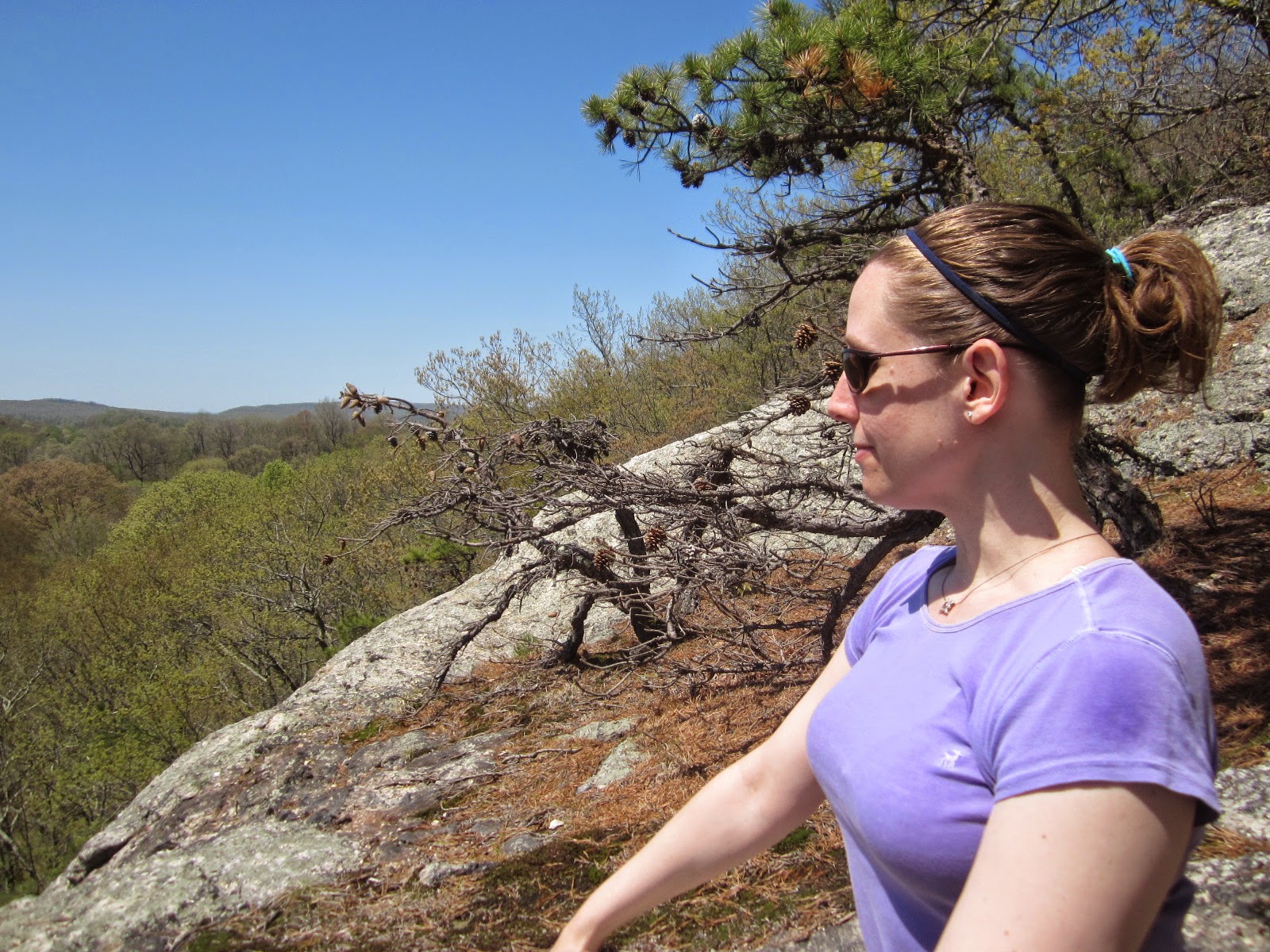 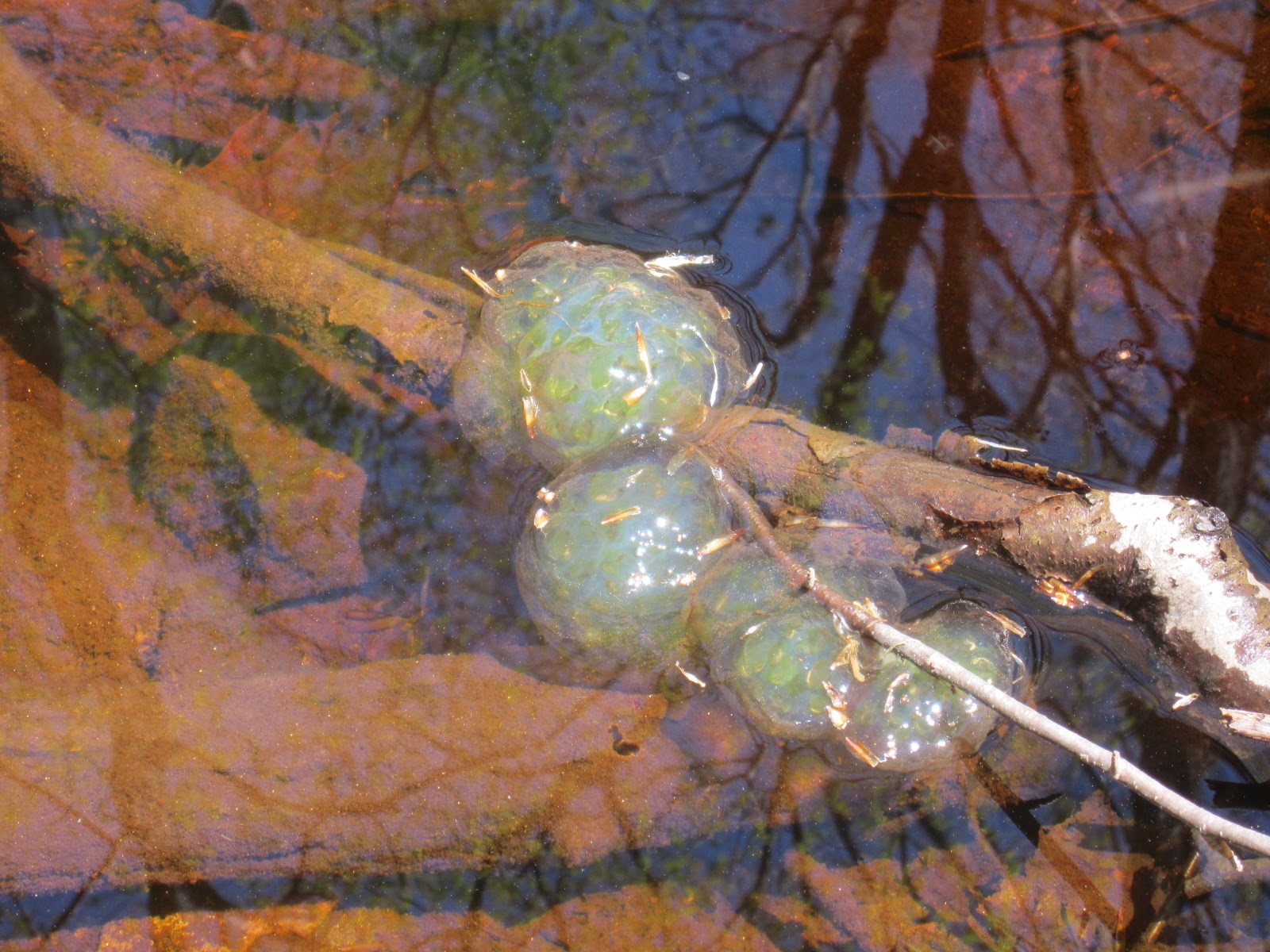 Looks like the frogs are busy this spring - we found these along the Mattabessett Trail today (appropriately, Mother's Day). Soon the tadpoles will be swimming in the brook. Good to see. 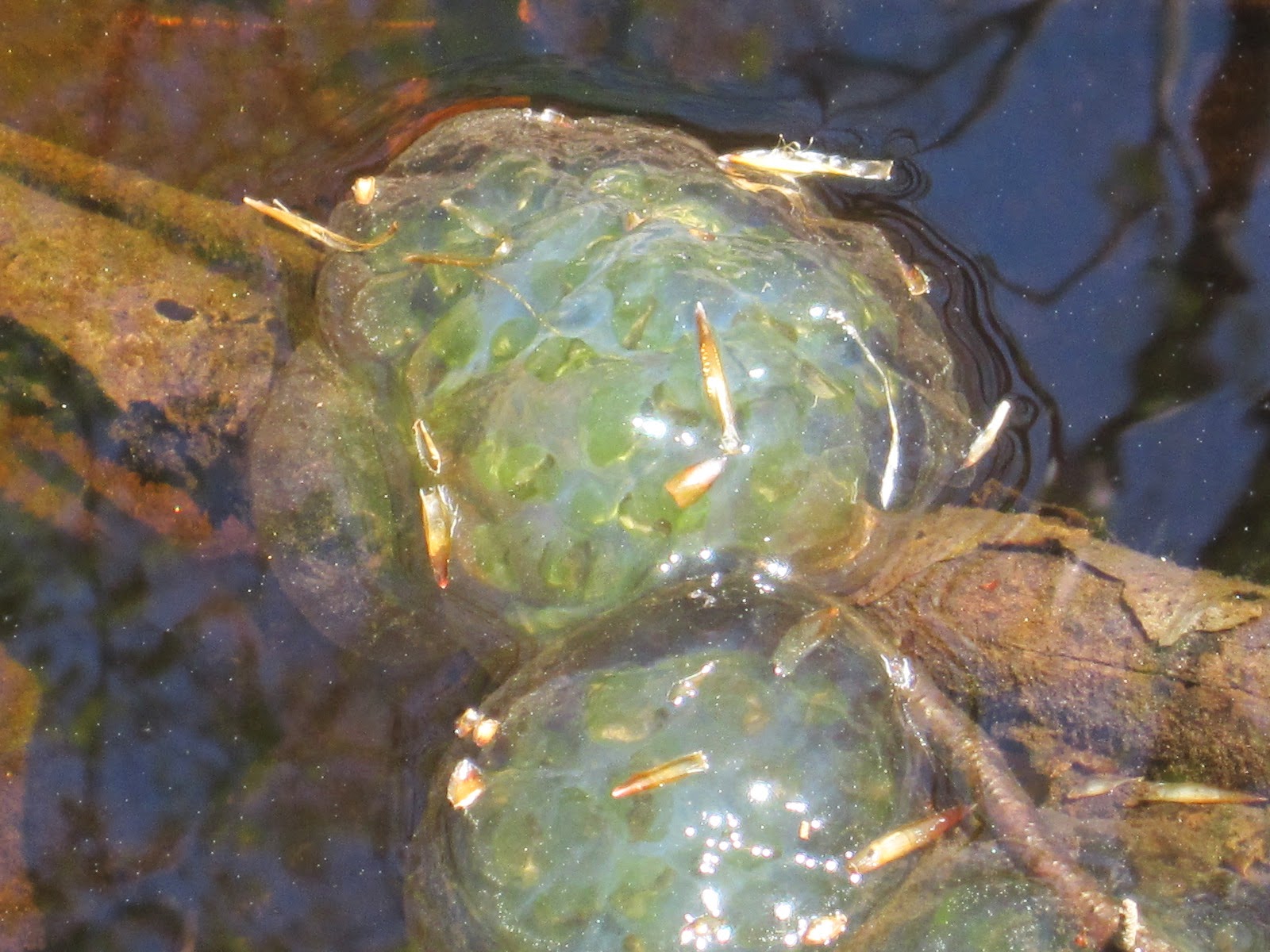 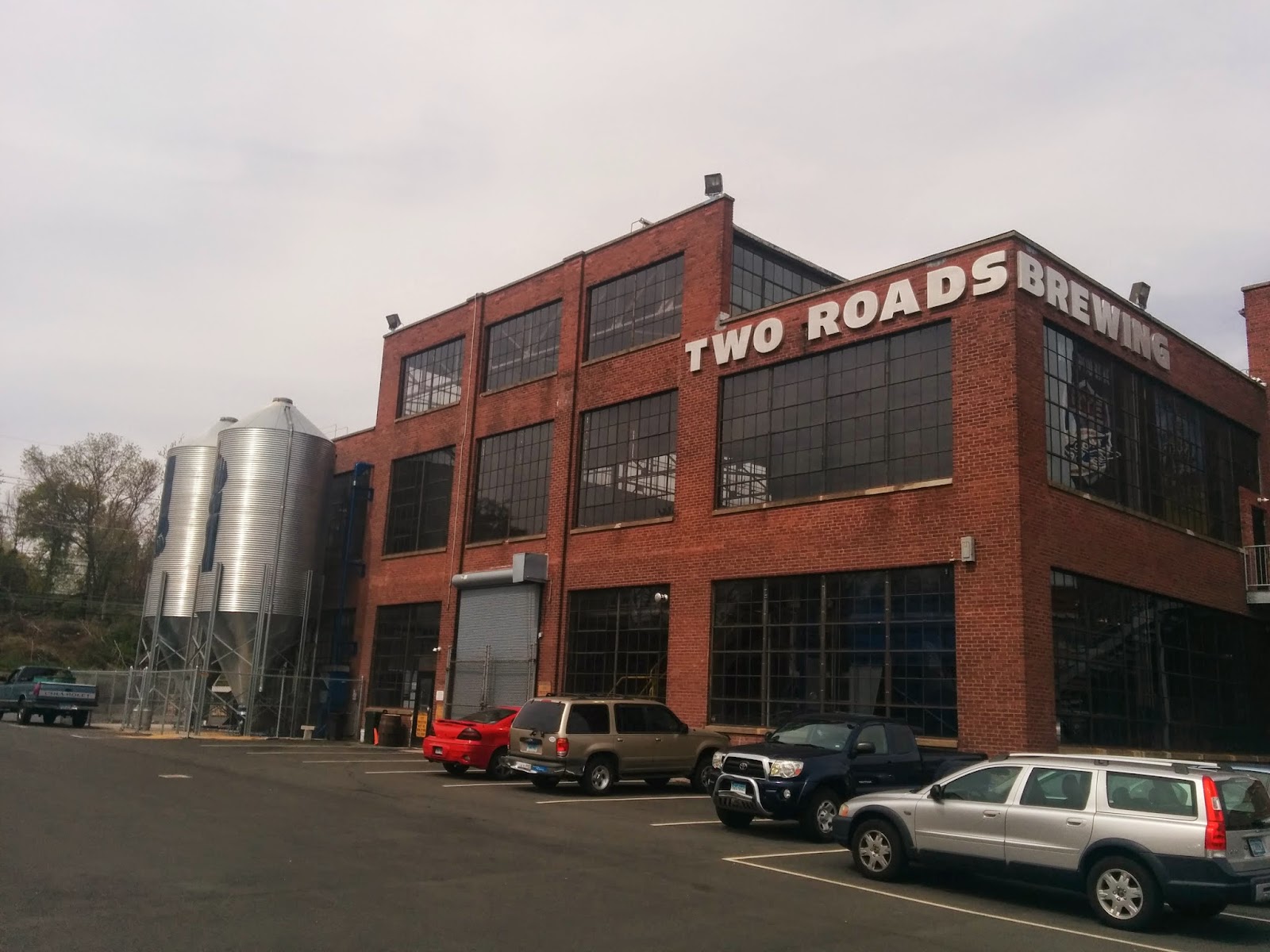 Finally got around to stopping in Stratford at Two Roads Brewing. I had tried the beer before, and although it was good I wrongly assumed that it was a small operation. Boy, was I wrong. 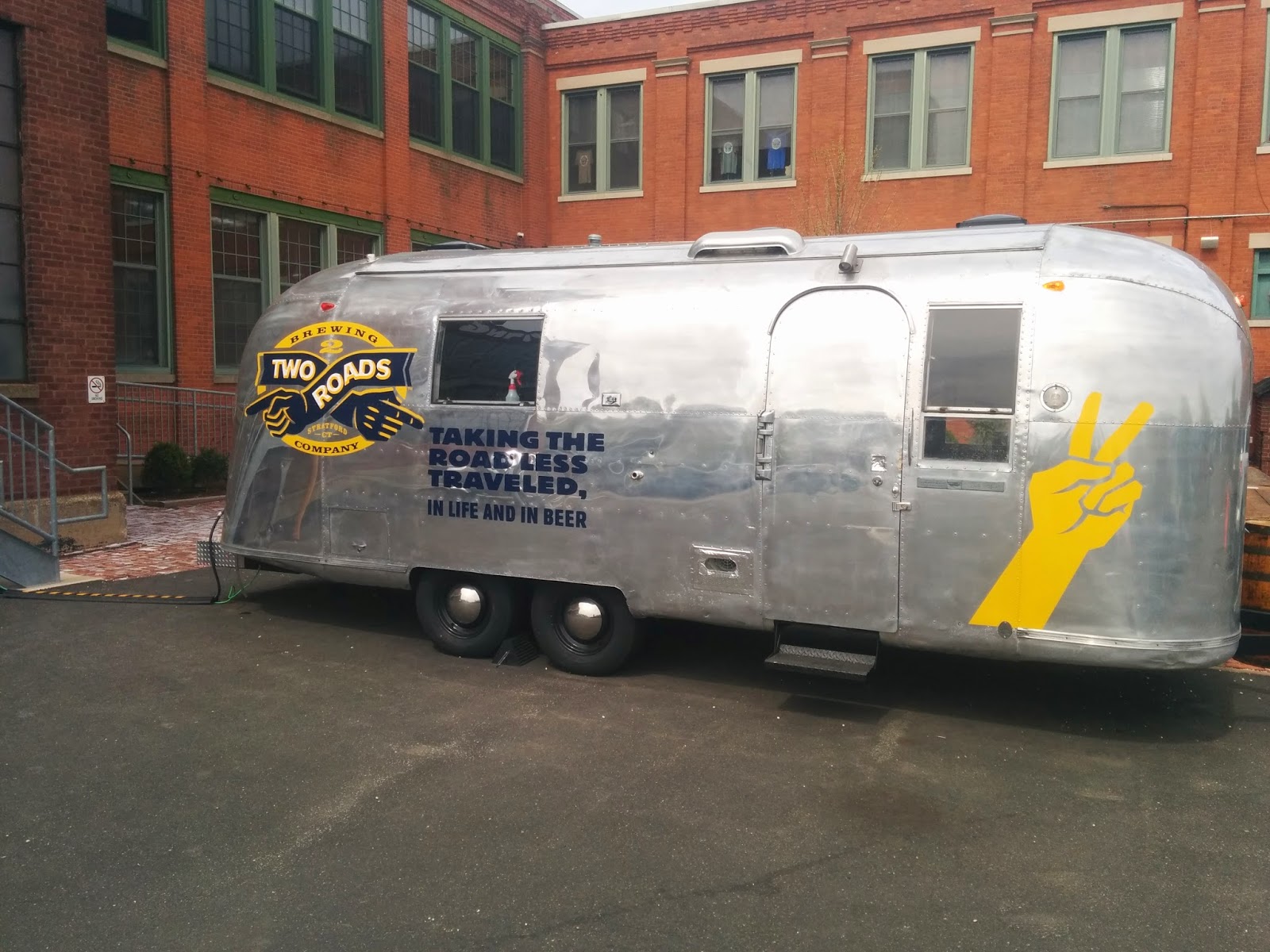 Right off the I-95 exit, Two Roads fills an old factory, and has over a dozen large tanks. 14? 16? It is a huge operation for Connecticut, and the layout inside was very impressive. They spent a lot of money on the start-up, and you can tell. 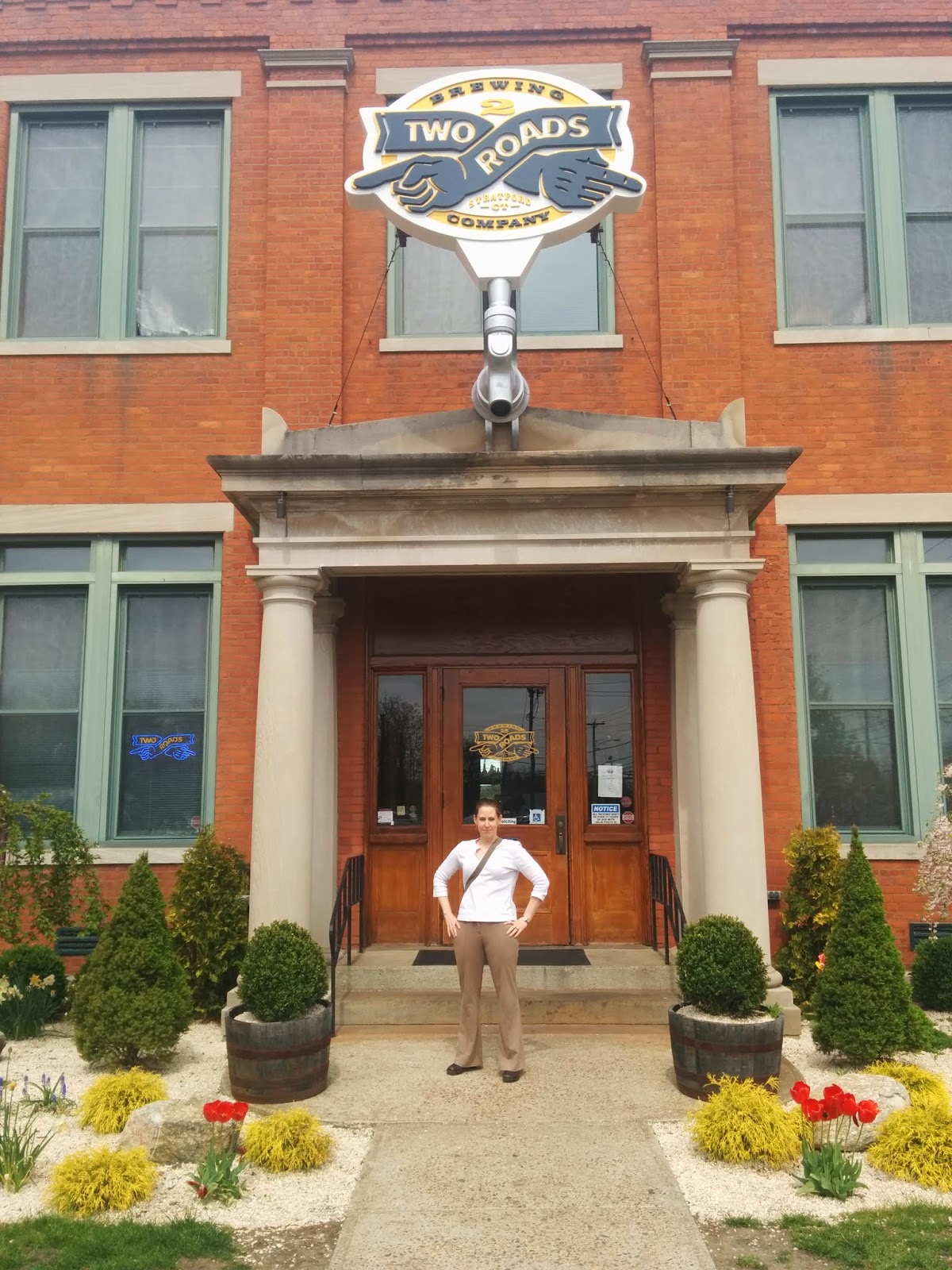 Of course, I like the Robert Frost quote inside (from where the brewery gets its name), and the idea of Igor Sikorsky Russian Stout beer (being a Connecticut booster). 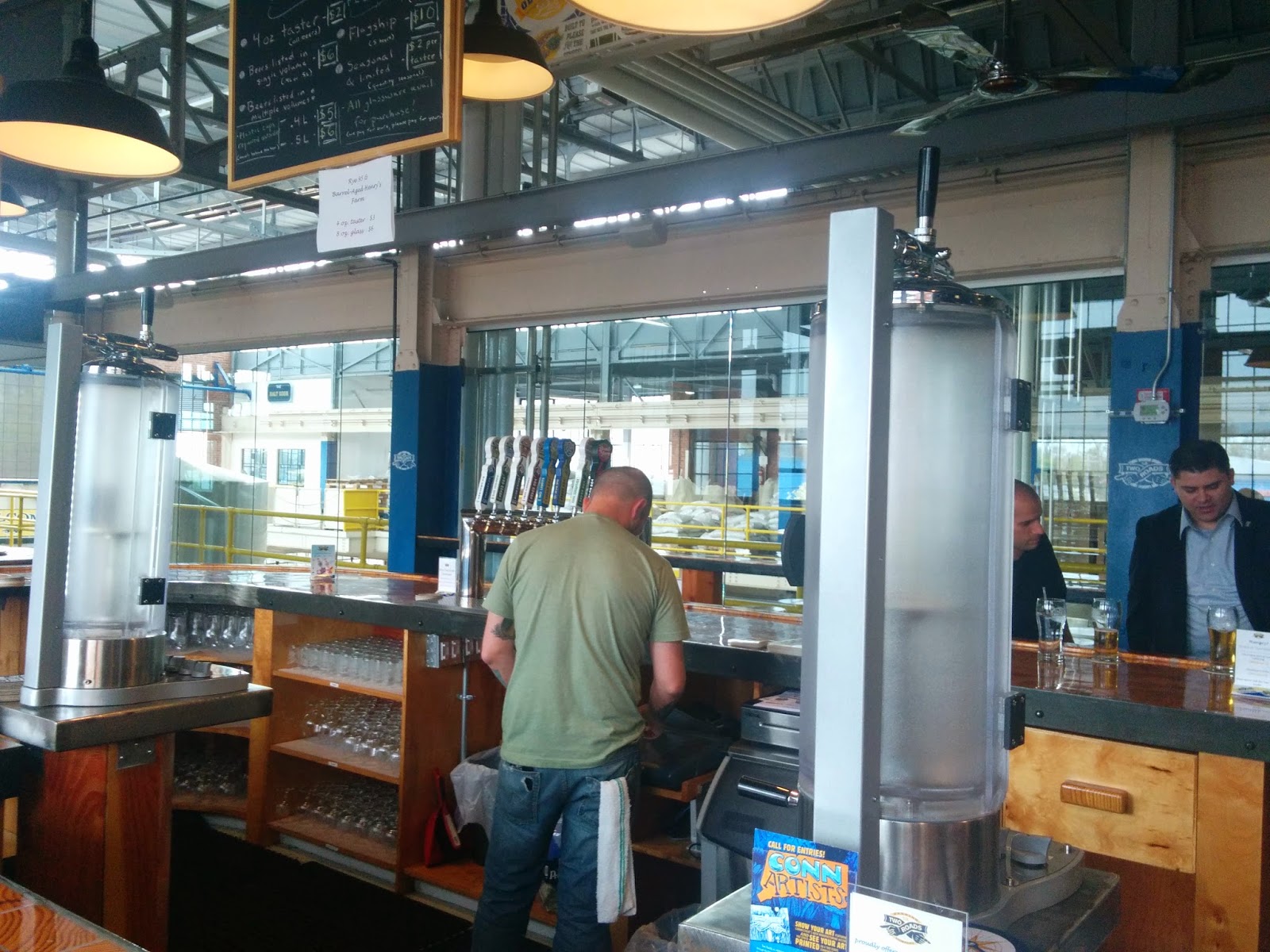 Amy and I tried all 11 beers currently on tap, and though I am not a fan of bourbon beer (though I like either alone), I enjoyed everything else. I was particularly taken with the Maibock. 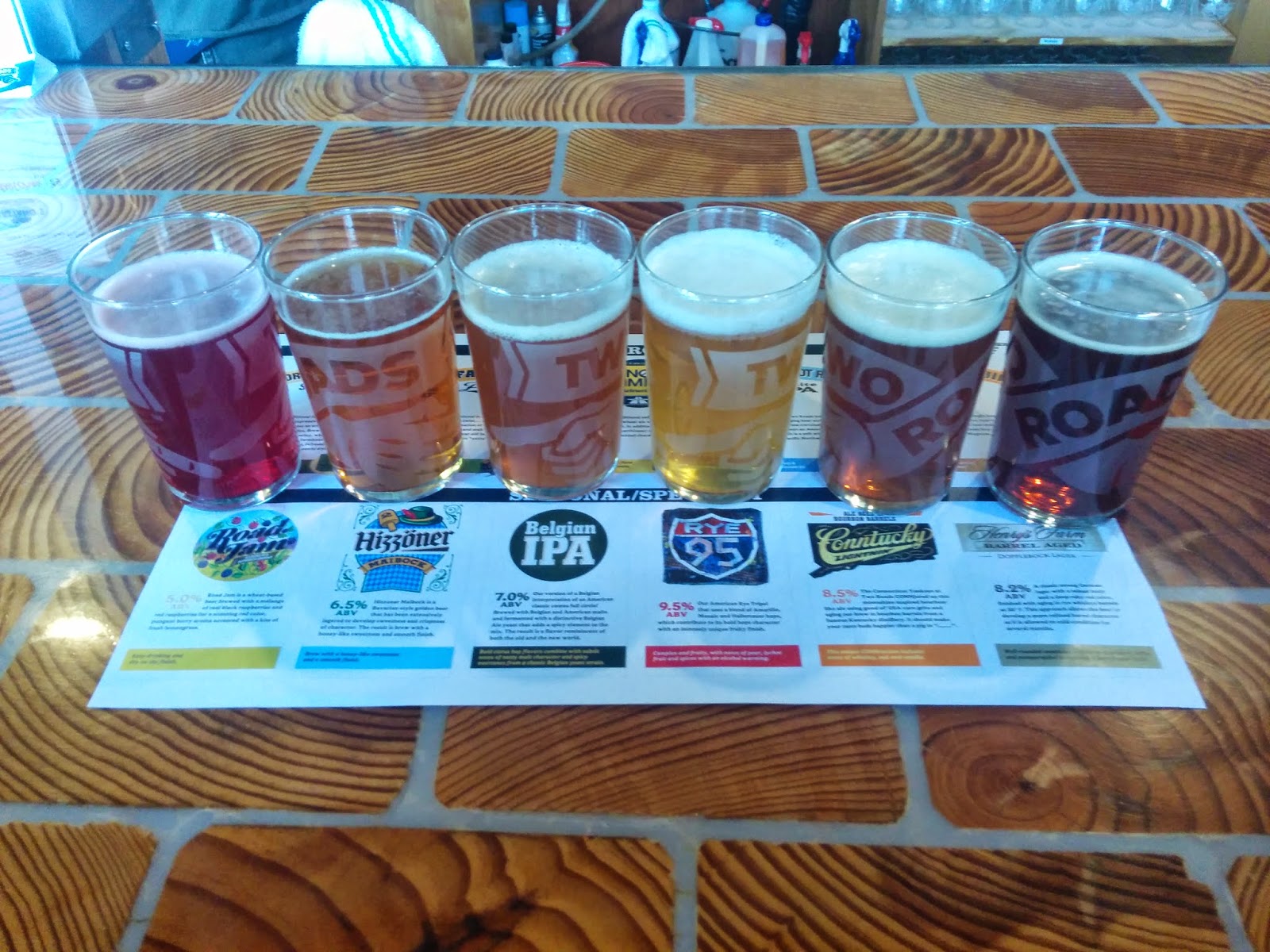 Amy like the IPAs. We will go back, of course, because this place is a destination, not just a brewery. It is larger than any of the wineries currently operating in the state already, and its product is consistent and good. Thanks for being one of Connecticut's newest and best attractions, guys! 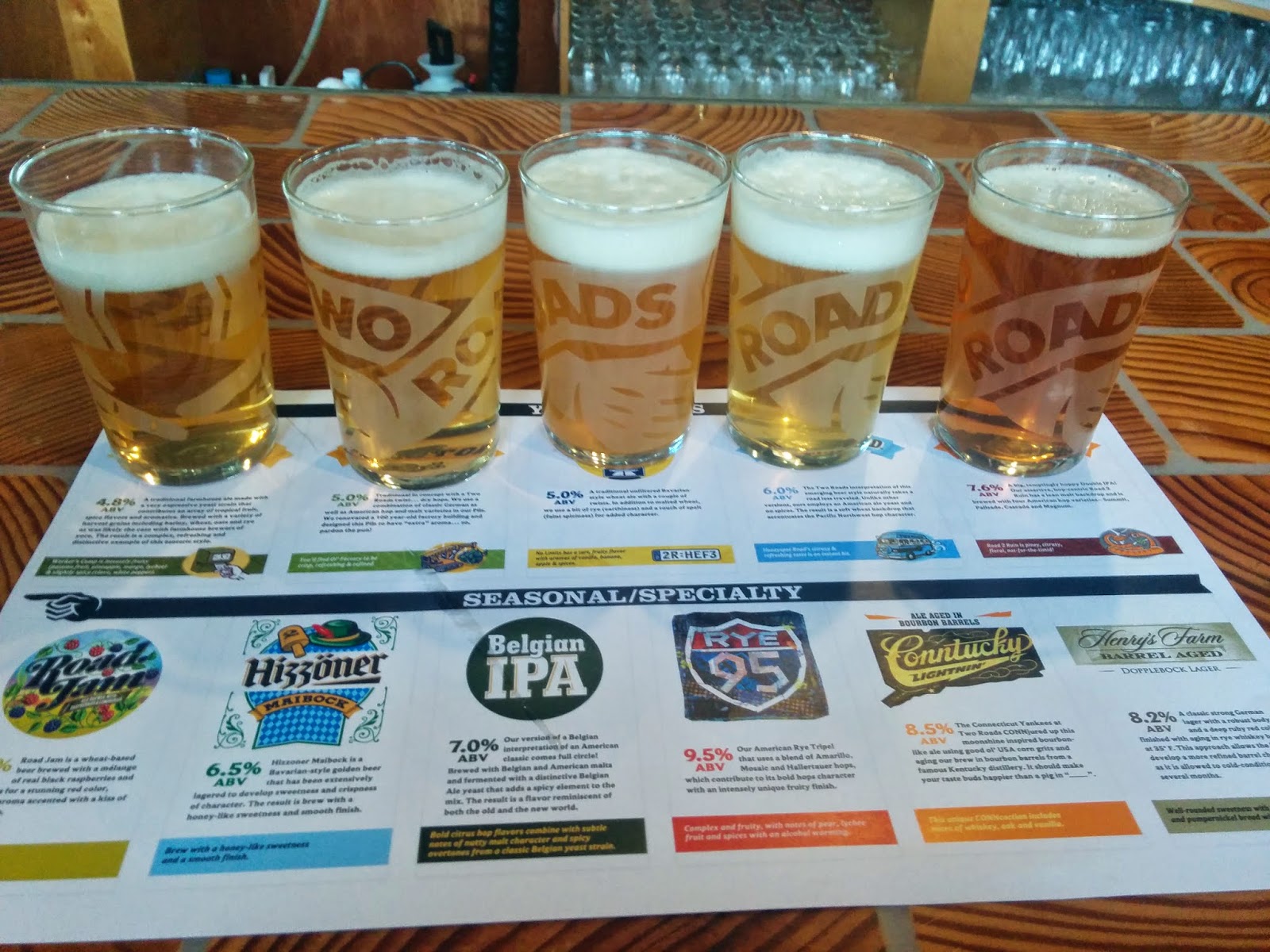 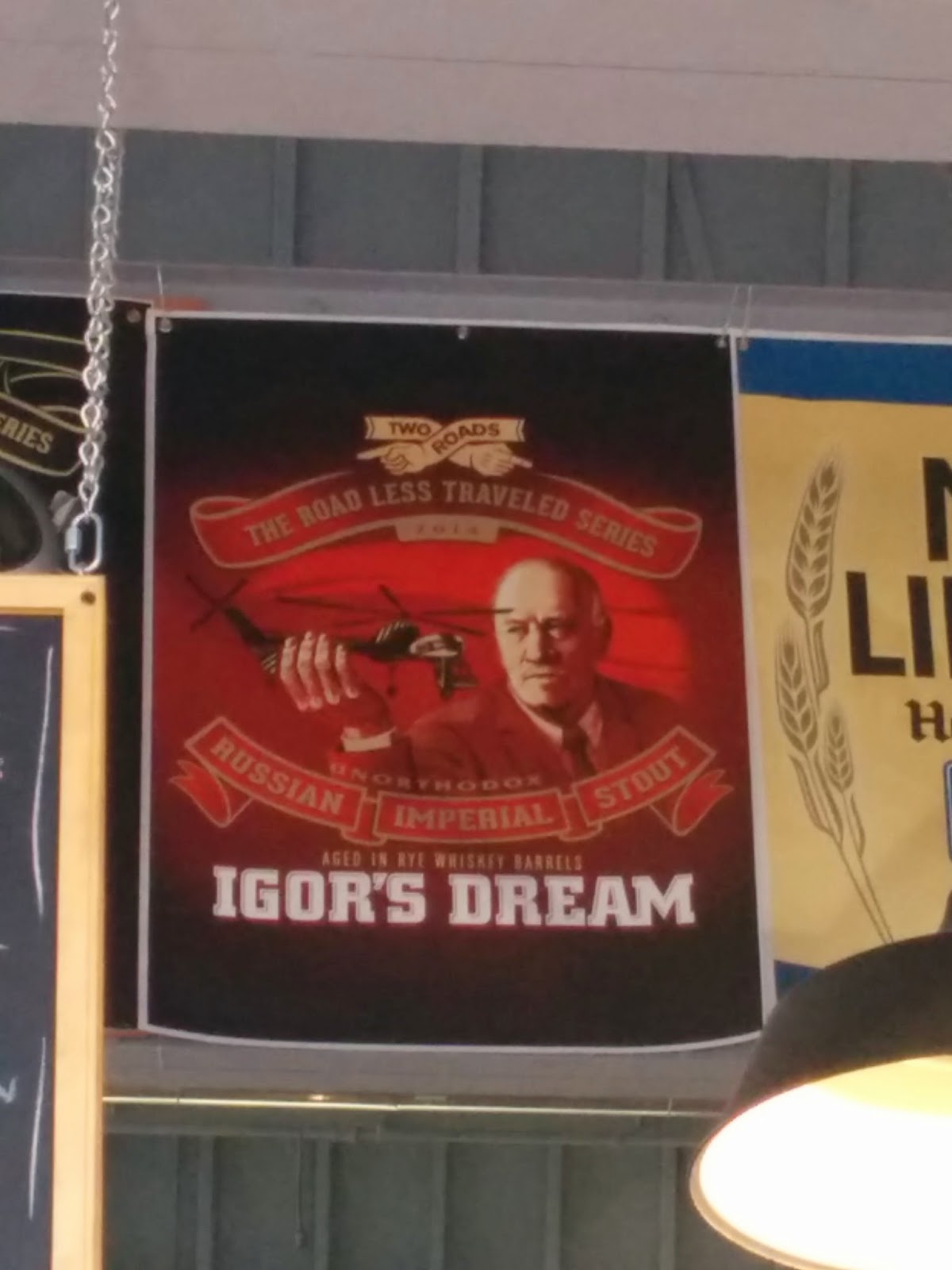 First Mammogram
Around your waist,
the heavy
reminder of radiation’s paradox:
destroy in order to save...

At the Florence Griswold Museum 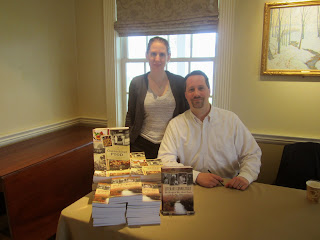 Amy and I presented and signed books at the Florence Griswold Museum last weekend for their Connecticut on Paper exhibit. It was honor to be there amongst the fruits of American Impressionism talking about, well, not art, but food and wine!
﻿ 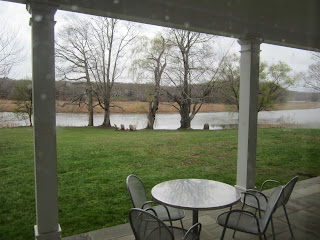 Labels: American impressionism, amy nawrocki, art, Connecticut food, Connecticut wine, ct, eric d. lehman, florence griswold museum, literary Connecticut, paper
Newer Posts Older Posts Home
Subscribe to: Posts (Atom)
I've pointed the direction of this travel blog toward life in Connecticut: its history and its food, its culture and its lifestyle. Join me as I explore the myth of home, something too often lost in our nomadic world.