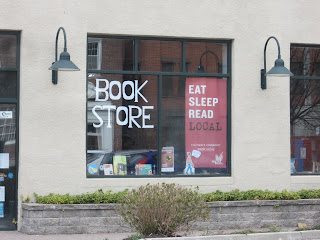 Seriously, who are the wonderful people OPENING independent bookstores these days? A rare and noble breed. 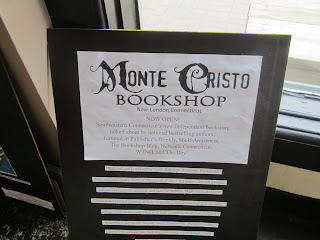 In this case, the Monte Cristo Bookshop in New London sells both new and used books, and has a great selection of local titles, as well! They are named for Eugene O'Neill's homestead, which is about a mile away and worth a stop this summer.
Posted by Eric D. Lehman at 1:14 PM No comments: 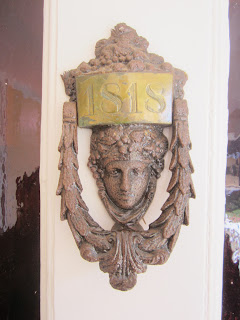 Stopped at the Florence Griswold Museum the other day to see the Arthur Heming exhibit. But we also returned to the main house. 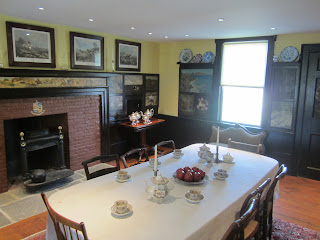 Once again, I was stunned by the dining room, with its panels painted by various artists, mostly the American Impressionists. 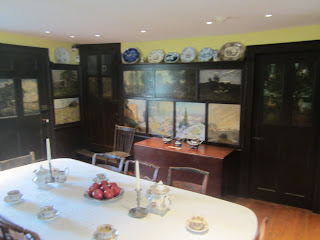 Is there another room like this in America? Please tell me if there is. It is astounding. 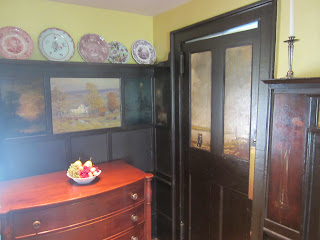 The rest of the collection is nice, but if you have not seen the dining room at the Florence Griswold Museum, you are missing one of the most amazing rooms in America, perhaps the world. 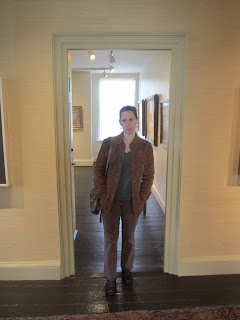 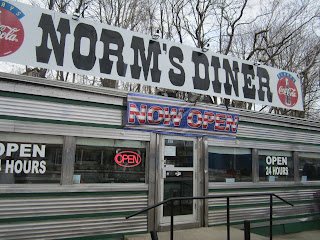 Stopped at Groton's classic Norm's Diner recently, and tried "Norm's Pick," the steak on a hard roll. As in a rib-eye steak. Delicious. Find out more in the Insiders' Guide to Connecticut. 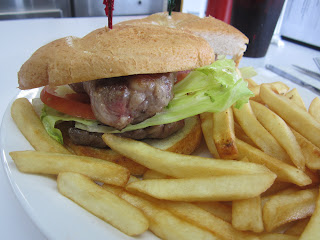 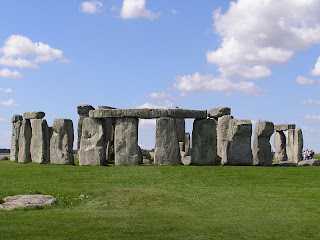 I first experienced Stonehenge when I was sixteen.  I had visited Windsor Castle in the morning and then fallen asleep due to jet lag.  My parents woke me up.  “Eric, we’re here.”  I started awake and looked out the window.  And there it was!  We passed it on the road and pulled into the parking lot.  I shook myself out of sleep.  Surely it couldn’t have just been on the side of the road like that.

My family eagerly hopped out of the rental car and we followed the other tourists down the macadam slope to a ticketing area.  Then, through a tunnel under the road and out onto the Salisbury plain, home of the mightiest of stone circles.  And my first reaction was one of false joy.  I pretended to be overwhelmed by the mystery and magic of this moment.  After a while, though, I stopped trying to be happy.  The stones themselves were fantastic, but something was wrong.  I glanced around.  An American hot dog stand sold soft pretzels and Coke.  Another vendor sold miniature Stonehenge models.  The worst offenders, though, were the roads that intersected at the monument.  One road was bad enough, but why two?  Stonehenge looked like it was on the median of a highway.
At the time, I felt disquiet with the situation, but was really too young to fully appreciate the mediocrity of it.  Here was one of the world’s great monuments, being treated like a ride at Disneyland.  Actually, without so much fanfare.  An amusement park ride knows its place, as well.  But this had been touted in every book and by every expert as a holy place.  The name reverberates across our childhoods.  Stonehenge!  A relic of the past that deserved recognition with the Pyramids, the Acropolis, the Great Wall.  But this!  This was nothing like that.  The stones looked sad, like a child mistreated.  It was as if someone had built a feeble imitation for show, while the real circle hid just out of sight.

I visited Stonehenge again recently.  Nothing had changed.  If anything, the tourism had grown worse, more professional.  The stones still towered over the plain, majestic in the way of flowers in the mud.  People swarmed the site, snapping photos.  I was no different.  Some of my pictures magically transformed the site, the weathered stones appearing important and alone.  Unless you had been there, you would never know that it wasn’t in the center of some great park, a perfectly mystical remnant of a bygone age.  In fact, plans for such a park seemed to be in the works, at least in hopeful theory.  But until that day, Stonehenge will remain the most disappointing of great places, a tragedy of tourism, a victim of our incessant need for convenience.
Posted by Eric D. Lehman at 10:11 AM 1 comment: 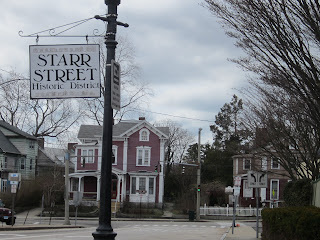 Driving around New London the other day, I happened across this lovely 19th century street, preserved as a historic district. I had completely missed it last summer and all the other times I've been to New London. These sorts of little gems are so prevalent in Connecticut that it is easy to take them for granted. Whoever you are who lives on this awesome street, I hope you feel the history seeping into your feet every time you come home. 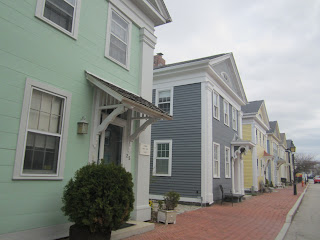 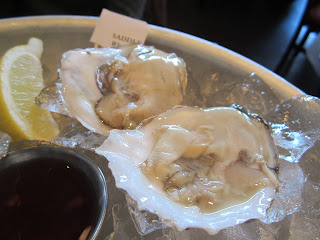 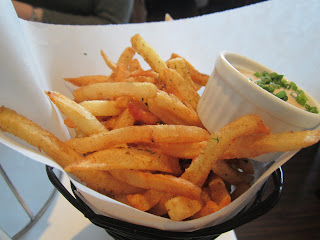 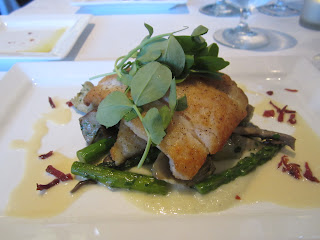 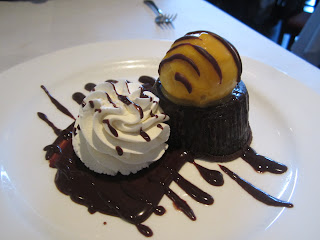 Tried Liv's Oyster Bar in Old Saybrook last week - a fabulous experience all around. And now I'm into Saddle Rock oysters from the Sound.
Posted by Eric D. Lehman at 4:45 PM No comments: 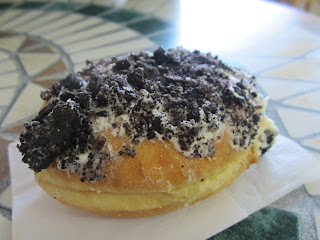 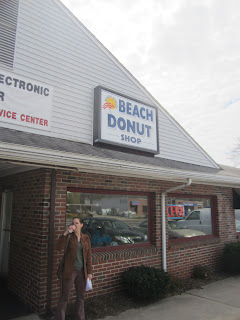 This is one of the best places to get donuts (or doughnuts) in Connecticut. The glazed are particularly tempting, and I like the chocolate frosting, as well. The one cookies and cream donut pictured here is almost too decadent! With a place like this, I'm not sure why anyone would go to...what's the name of that chain again?
Posted by Eric D. Lehman at 6:44 AM No comments:

Afoot in Connecticut - The Farmington Canal


Check out volume 2, issue 1 of The Wayfarer for a preview of my upcoming book, Afoot in Connecticut, two poems by my lovely wife, Amy Nawrocki, and a great story about Pleasure Beach by my buddy David Leff.

It's not every day a magazine is so beautifully made, and chock full of all the things that make me want to read it!
Posted by Eric D. Lehman at 6:33 AM No comments:

Labels: afoot in connecticut, amy nawrocki, david leff, eric d. lehman, issue 1, the loneliest beach in the megalopolis, the wayfarer, volume 2, west woods cemetery
Newer Posts Older Posts Home
Subscribe to: Posts (Atom)
I've pointed the direction of this travel blog toward life in Connecticut: its history and its food, its culture and its lifestyle. Join me as I explore the myth of home, something too often lost in our nomadic world.