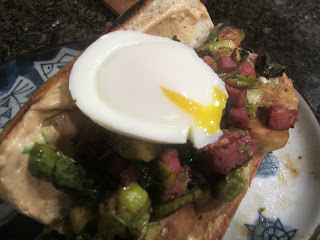 With poached egg. Top quality ham. Brussels sprouts fried in oil and fish sauce. All on a toasted roll spread with a wonderful cumin, ginger, and ??? mayonnaise. I have to keep some secrets.
Posted by Eric D. Lehman at 2:45 PM No comments: 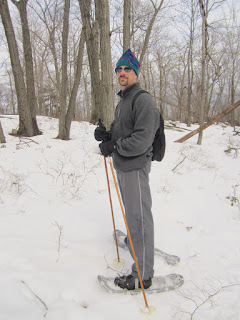 Had a lot of fun snowshoeing today - about five miles through the backcountry, off trail. There were tons of tracks, mostly deer, some coyote. 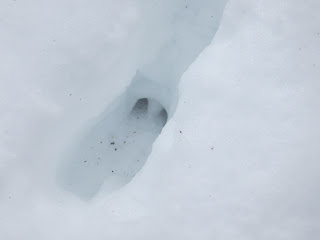 Finding your way through the winter woods is a privilege. Enjoy the snow as much as possible - it is our New England heritage, after all! 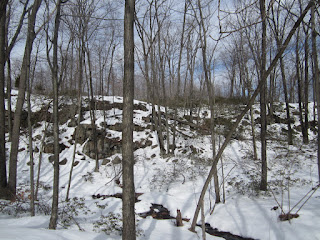 Dr. Sax is one of Jack Kerouac’s most troubling books for readers, peering behind the curtain of his childhood rather than exploring those later years of Beats and bodhisattvas. Nevertheless, it remains a startling achievement, unique not only among Kerouac’s works, but among those books that it seems to mirror. It is primarily a book about growing up, similar to such European classics as Alain Fournier’s Le Grand Meaulnes, Hermann Hesse’s Demian, or Jean Giono’s Blue Boy. These books all explore the “magic” of youth by allowing adult readers to see through the eyes of children again, when the magic was real.

Kerouac anchors us in the real world of industrial Lowell with wonderful details like: “The Huge Trees of Lowell lament the July evening in a song begins in meadow and ends up above Bridge Street, the Bunker Hill farms and cottages of Centralville — to the sweet night that flows along the Concord in South Lowell where railroads cry the roundroll — to the massive lake like archeries and calms of the Boulevard lover lanes of cars, nightslap, and fried clams of Pete’s and Glennie’s ice cream…” He also gives us the games and problems of the children that live in that world: “In the bottom of the 8th Scot comes to bat for his licks, wearing his pitching jacket, and swinging the bat around loosely in his powerful hands.” The prose has built up a brick and mortar city and we believe in it. We must, because Kerouac is about to take us into what Alain Fournier called the lost domaine.

As Lowell experiences an epic flood, the mysterious and semi-mythical figure of Dr. Sax swoops into the foreground. He is trying to fight the minions of the great world snake, which is no myth, and really does live curled up underneath the mansion on Snake Hill. This fantastic battle of good and evil is woven into the tapestry of baseball games and ice cream stands. “Blook is a huge bald fat giant somewhat ineffectual who cannot advance through the alley but reaches over his 20-foot arms along the all tops like great glue spreading, with no expression on his floury pastry face — an awful ugh — a beast of the first water, more gelatinous than terrifying.” Suddenly the magic of imagination takes over and the line of actuality wavers and shakes. We picture our own childhood battles with monsters, so much more real and important than a fight on the playground with a bully.

In other books of this genre, the authors always pull us back into adulthood at the end of the book. The loss of childhood is universal, and so the plot ends with the child realizing that he must leave the magic behind, and enter a different world. Not so with Dr. Sax. Kerouac’s literary mirror is from a dark funhouse, twisting the classic logic of the novel of education, leaving the reader unsettled and vexed. Kerouac muses at one point: “Eternity hears hollow voices in a rock? Eternity hears ordinary voices in the parlor.” Those ordinary parlors of Lowell are the place for battles against absolute evil more than some nether realm. And so Kerouac shows us how the fantastic world of childhood is twisted like the great world snake itself into the fabric of reality, and will never let go. 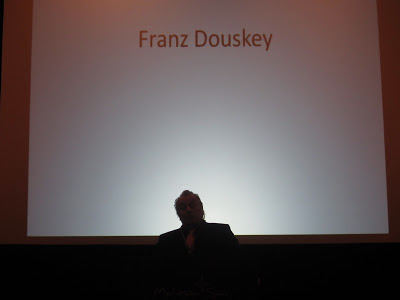 Got a chance to see Franz Douskey again at the Big Book Club Getaway. He lives nearby, and we get to see him occasionally at local events. I'm most impressed with his poetry, although his anecdotes of all the people he has met over the decades are always a delight.
Posted by Eric D. Lehman at 3:48 PM No comments: 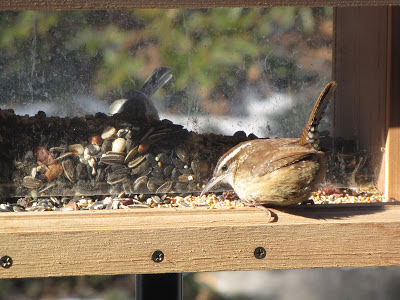 Carolina wrens frequent our feeder every day...it's great to have these visitors from the south in our little yard.
Posted by Eric D. Lehman at 5:02 PM No comments: 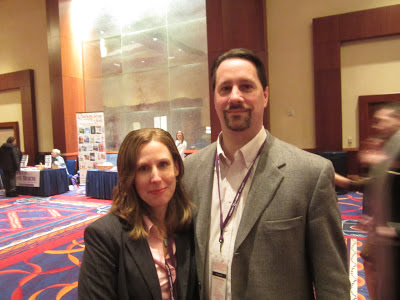 Amy and I had a great time at the Big Book Club Getaway at Mohegan Sun this past weekend. 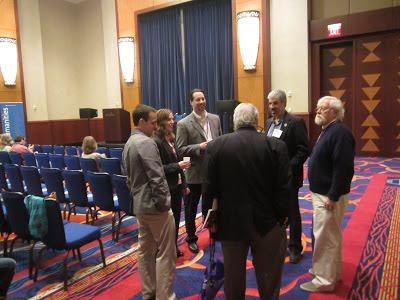 And here is quite a collection of Connecticut historians - Amy and I with Matt Warshauer, Wick Griswold, Wilson Faude, and Chris Pagliuco! Getting ready for our panel discussion, which I thought went very well.
Posted by Eric D. Lehman at 5:55 AM No comments: 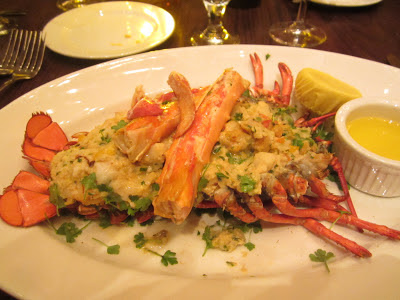 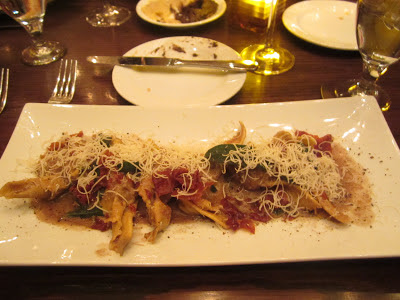 The sea bass and the tortellini were the highlights of the meal. The stuffed lobster was average, and the desserts were great but a little too rich after such a rich meal. Our fault. Overall, still one of the top places to eat at the Sun. 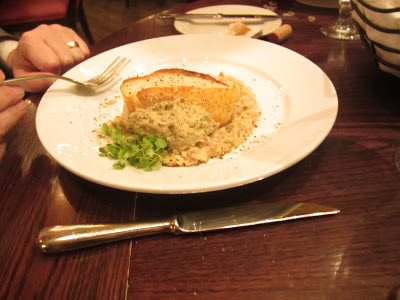 Labels: mohegan sun casino, todd english tuscany
Newer Posts Older Posts Home
Subscribe to: Posts (Atom)
I've pointed the direction of this travel blog toward life in Connecticut: its history and its food, its culture and its lifestyle. Join me as I explore the myth of home, something too often lost in our nomadic world.