At the Getty Museum 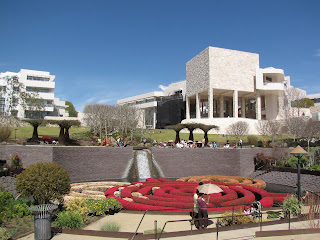 Although we loved the Van Gogh, and the setting was stunning, what impressed us most about the Getty Museum in Los Angeles was the quality of sculptures, including this Calder below, and such antique and modern sculptures as pictured below. I threw the Van Gogh irises in there, too. Because, you know, awesome. 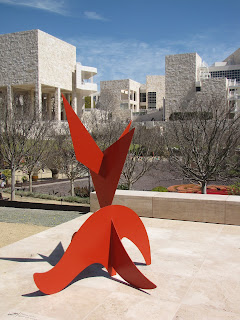 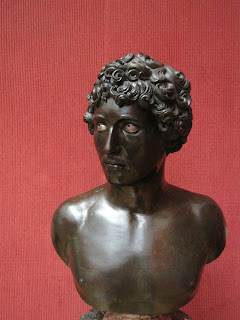 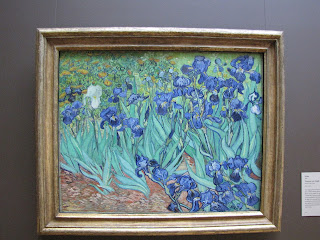 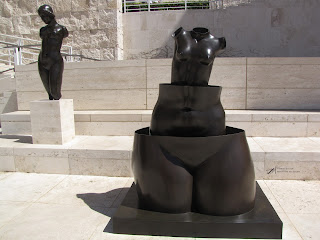 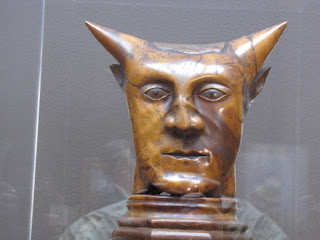 At the Dolphin Striker 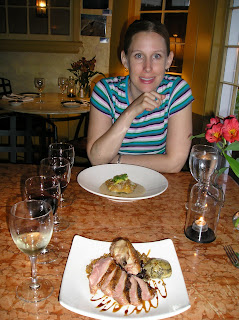 Duck and a flight of wine with my wife at the Dolphin Striker, Portsmouth, New Hampshire. Yum. Certainly one of or the best place for a nice meal in the historic downtown of this fascinating little city.
Posted by Eric D. Lehman at 4:28 PM No comments: 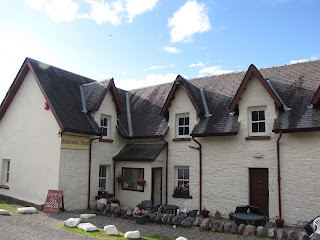 \
The hotel is very small, only seven rooms, but has hosted visitors like Charles Dickens and the Comte de Paris, both of who passed without comment. Poet Samuel Taylor Coleridge stopped on his way south from Glencoe, and waited an hour and a half here for a dish of tea. Dorothy and William Wordsworth complained of a terrible breakfast, with inedible butter, hard oat cakes, and eggs boiled hard as stones. Robert Southey couldn’t get milk. Charles Darwin had better luck, and used the nearby birch trees as an example in his writings on natural selection. The hotel proudly displayed these questionable comments in its publicity materials, with a humor that came from these sorts of places, which have seen hard times and lived to tell about them. We had a fantastic time there. 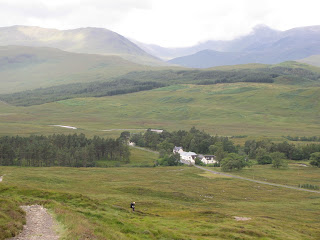 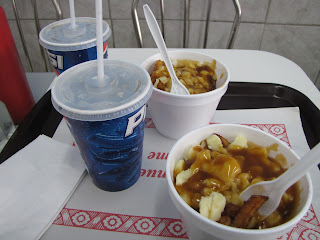 If you've never had poutine, you're missing out. A French Canadian treat with fries, gravy, and cheese curds, this is comfort food at its most primitive. Above is a wonderful 'fast food' poutine Amy and I had at a famous Montreal establishment. However, recently it has made its way onto gourmet menus in the states. I get my fix at Mikro in Hamden right now. Let's hope it becomes more popular.
Posted by Eric D. Lehman at 6:59 PM No comments:

Labels: poutine montreal french canadian mikro hamden fries gravy cheese curds
Newer Posts Older Posts Home
Subscribe to: Posts (Atom)
I've pointed the direction of this travel blog toward life in Connecticut: its history and its food, its culture and its lifestyle. Join me as I explore the myth of home, something too often lost in our nomadic world.