The latest episode of Afoot in Connectut takes us back to Ivoryton, but this time to its famous Playhouse.

A little shout out to filmmaker Larry Locke, who made this excellent video about UB. The video doesn't look right - for some reason blogger doesn't let me post a wide-angle video. So, watch it here and see the whole thing: http://www.youtube.com/watch?v=2BrfSFCSdSA

My only complaint is that the English department isn't in the video. Where's the love?
Posted by Eric D. Lehman at 11:41 AM No comments:

The Art of Active Relaxation

This summer [2004] I spent three consecutive vacation days in my apartment. My plan was to finish writing a book I had been fooling with all spring. But instead I sat in front of the television, watching shows I had already seen, and in front of the computer, playing a game that I had already completed. I checked my email four or five times a day, made trips back and forth to the kitchen, and achieved nothing. I didn’t even read one of the novels or travel books that I had been stacking up for the summer. No, the most I accomplished was to wash my laundry. Here I was, blessed with solitude and freedom, and I squandered it on blind and pointless reruns.

So, knowing my weakness, I packed the car full of gear and vowed to spend the next three days relaxing in a more productive manner. I picked three spots on my New England map that had been calling me and acted. First was Macedonia Brook State Park in far western Connecticut. I had meant to bivouac there many times and never had. So, I went and grabbed a premier campsite, hiked a ridgeline with views across the state, fished the small but swarming brook, read, wrote a chapter in the book I had put off, and practiced camp skills like hatchetwork, tree identification, and fire building.

The next day I drove through western Connecticut and eastern New York, exploring charming country roads. I listened to John Muir’s Travels in Alaska on audiotape. Reaching Mount Greylock in northwestern Massachusetts, I finished Henry Miller’s Colossus of Maroussi, lethargically begun during my non-productive days. I met new people and formed new connections, talking for several hours with an experienced thru-hiker, learning lore that would help me on my own backpacking adventures. I made it halfway through another book, Admiral Byrd’s Alone, and wrote two essays on top of the mountain while the wind whistled and clouds blew past. I had wildlife encounters with red and gray squirrels, chipmunks, toads, a strangely quick lizard, a garter snake, brook trout, grackles, orioles, scarlet tanagers, two types of ducks, Canadian geese, bullfrogs, a black animal that could have been a fisher or pine martin, and an enormous moose which I almost hit with my car going up Greylock. 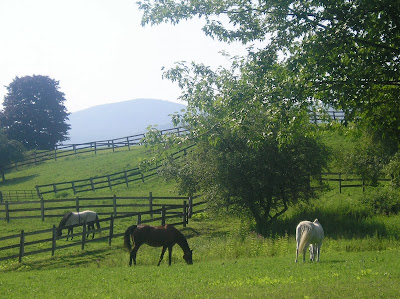 On day three I woke up, climbed the unusual lighthouse tower for views of five states, drove through Massachusetts scouting for towns where my parents could retire, ate lunch on a rock by the upper Farmington River, hiked three miles along another river in Granville State Forest, often jumping from rock to rock, checked into a camping cabin nearby, did preparatory chores, took another walk, cooked dinner, built a gorgeous fire for roasting potatoes, split a log with my hatchet, boiled tea, read more of Alone, learning to make every action precise, zen, perfect. Nothing was done with haste or undue agitation. Actions that seemed meaningless at home like washing dishes or arranging bedding somehow took on vital and important significance.

I wrote and read while my fire blazed. All the while, the bulrushes in the pond in front of my cabin jabbered and grunted, alive with frogs, crows, and smallmouth bass. A proud mother mallard paraded her three ducklings around the campground. Then, I ate roasted potatoes with paprika and nestled into my sleeping bag. The next morning I boiled tea, ate instant oatmeal, and left for home. It may seem that all this was hard work. Not at all. These three days were easeful holiday, not grueling work. Most of the time was spent sitting or lying down, enjoying peaceful solitude.

I tried to take this insight back with me to my tiny apartment, accomplishing and achieving small and clear goals purposefully. I found that I could use solitude and freedom to gain strength, rather than to stagnate. And though I am sure to backslide often and waste time with empty input and wanton consuming, I hope I can remember to actively relax whenever time allows it. Because if I don’t, I know that when I die I will look back on my too-short days of leisure with despondency and regret.

First published in Hackwriters: The International Writers' Journal.
Posted by Eric D. Lehman at 9:52 AM No comments:

Afoot in Connecticut 7 - The Tower Trail at Sleeping Giant 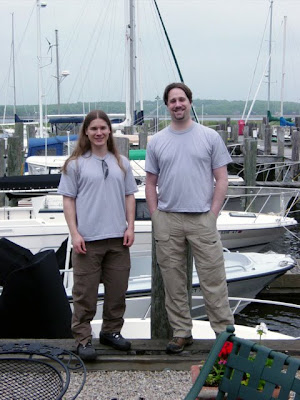 In honor of my friend, Ryan Rasmussen's recent move to New Zealand, I've got something to share. I thought I would mention how satisfying it is to have a friend follow his dreams, and to see how far he's come. In the interest of archaeology, I've dug up an 'essay' we worked on together, and whose form and philosophy I now renounce utterly. It was the opening salvo of a zine we were working on called FAKE Life. I'll let Ryan tell it, as he did on his blog, Holy Embers of Dreams: "It seems that in a former life I worked with my friend Eric and a scrappy undergrad to assemble one of those pre-blog thingies called a zine...But I moved and got a real job, our junior partner vanished with the majority of our files, and the zine never happened." So, now, faithful reader, you can read this and see how far I've come, as well.

Our mothers like to ask us, "So when are you going to get a real job?" Since at least two of the three of us have been found unfit for further graduate study, and since nothing real has prompted us to leave our fake teaching positions, we decided to launch a magazine. Oh, we continue to lurch in quasi-academic circles, but we needed something else to put off. Hence, FAKE Life, a record of what we aren't doing.

We find that "fake life" is not only the commodity that everyone shares, but also an imperative. To fake it is all anyone can do. You read the right books, scorn the right political figures, wear the right clothes — maybe even get the right job.

But who, really, ever gets it right? (Make your life a call to action.) The challenge, as we see it, is to celebrate glorious Artifice, in all Its wondrous forms, and all Its phony perpetrators. Create something. Make it go. That's the Spirit.

Our intention at the outset is to promote a decidedly undemocratic forum, one that is overtly biased, but one that is nonetheless open to all. The forum of FAKE Life should incite riots of neural activity. Avoiding methodology may help, but to continually challenge is optimal, whether by breaking limits or placing new ones. Certainly, regularities will surface; after all, something that looks like a magazine is desirable. Or perhaps the simulacrum of a magazine will replicate itself at regular intervals.

What do we interact with everyday, with whom do we communicate? The fake life witnesses the coalescence of cultural forms in all sorts of media and genres: consumer products, psychotropic biotechnology, public health policies, advance screenings of film trailers — all intersect, all stream through, the nodes we call individuals. How are these nodes defined, limited, separate from everything else? Where do we make the cut between Self and Other?

In this inaugural issue of FAKE Life, we reflect on the Limit. When we say "limited," our speech act invokes a negative connotation, relegating the concept to the abyss. But this does not yield function. The fake machine produces limit, along with masses of orbiting conceptual satellites: borders, failures, frontiers, freedoms, transcendings, and schisms. Subsequent issues will tread other waters.

We might talk about the science of FAKE Life, the formulas that an individual can follow to achieve a specific, repeatable result. Each ofthe contributors may have performed his or her own experiment, have found "what works" in a particular context, a precise set of circumstances. Some may have failed. There are no guarantees. We invite you to add your own recipe. 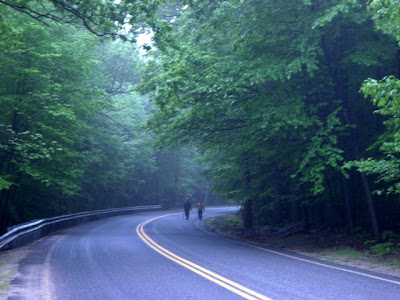 Check these guys out. I didn't know Robert Bly was friends with these two Beat masters(Allen Ginsberg and Gary Snyder), but he looks quite at home in that outfit.

Also, check out my reviews of Bly's Iron John, and of Snyder's Practice of the Wild.
Posted by Eric D. Lehman at 12:42 PM No comments:

Labels: gary snyder robert bly allen ginsberg iron john practice of the wild
Newer Posts Older Posts Home
Subscribe to: Posts (Atom)
I've pointed the direction of this travel blog toward life in Connecticut: its history and its food, its culture and its lifestyle. Join me as I explore the myth of home, something too often lost in our nomadic world.