Hamden: Tales from the Sleeping Giant is shipping TODAY, not April 10. It will be in bookstores and on your doorstep shortly. You can order it by clicking on the book to the right of this post. I hope everyone enjoys reading it as much as I enjoyed writing it.
Posted by Eric D. Lehman at 3:21 PM 1 comment: 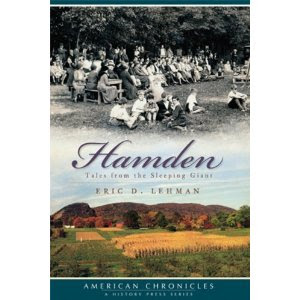 My second book, Hamden: Tales from the Sleeping Giant, is available for preorder at Amazon. I'm very proud of the work I've done with this book, and I know everyone will enjoy these tales of Hamden's famous (and soon-to-be-famous) residents. Eli Whitney, Thornton Wilder, Alice Washburn, William Linton, A.C. Gilbert...and many more!
Posted by Eric D. Lehman at 2:04 PM No comments: 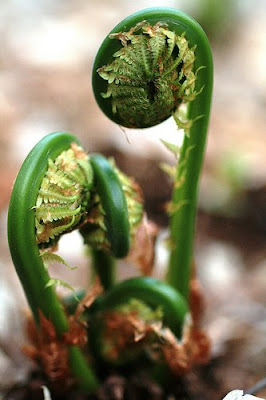 I have a new story, "Delicacy," published by ken*again in their Spring 2010 issue. Find it here. It involves that most delicate of delicacies, the fiddlehead.
Posted by Eric D. Lehman at 11:59 AM No comments:

I have a book review published in the New Haven Review. They will be publishing several of my "lost classics" review over 2010.

I have about 20 or 30 reviews published on the web - all positive. I love books and sharing that love with others brings me great joy. I've got one coming out in the Phi Kappa Phi FORUM this summer, as well.
Posted by Eric D. Lehman at 10:00 AM No comments:

The Graves of the Roosevelts

On a quiet Sunday in March, I stood silently at the graves of Franklin and Eleanor Roosevelt, not sure if I should give some sort of benediction, or say a prayer, or read a poem. The body of Franklin had been brought by train from Georgia here to Hyde Park, and along the way literally hundreds of thousands of Americans stood vigil, saluting the most popular president since George Washington. Idealists who triumph without violent martyrdom are few and far between, and Franklin was a rare example. With the tireless help of Eleanor, he changed the world, lending hope to the needy, providing light for the depressed. America could have fallen in the decades they ruled us, but they showed that we had nothing to fear. 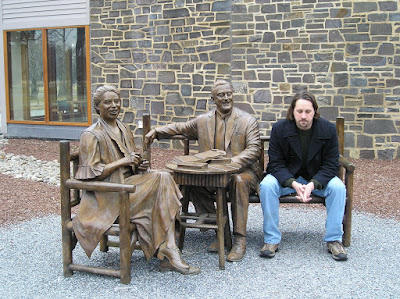 My girlfriend and I had just finished a tour of their surprisingly modest mansion, nestled in the Hudson Valley. We had talked about how the values they championed seemed to be fading from the land, how a word like “social,” which they had given such value and ethos, was now a curse. People seemed to have forgotten the joy of hard work rewarded with bread. They had certainly forgotten the true meaning of public service – to help the public, not the corporations, not their friends, not the interests of the powerful few. America seemed to teeter upon the lip of a selfish cliff.

It is important not to elevate our leaders to god-like status and President Roosevelt himself had all the flaws of any human being. But maybe he just tried harder. Hitting him at age 39, polio gave him a lesson in the human struggles of others, and indeed is a struggle that the privileged among us cannot imagine. At first he fought it with daily therapy, but he gave it up to run for public office, insuring his own crippling. Later, he worked himself to death as president through our darkest hours, sacrificing his health for the health of his country. But in the meantime he was elected to four terms, and served three. He restored optimism to a country gripped by despair. He led us through the world-wide struggle against fascism, against economic depression, against the failures of prohibition, the horrors of the dust bowls, the aftereffects of the crash of 1929, against all the short-term thinking that drags our country down. How did he do all this? Through what he called “bold, persistent experimentation.” “Above all, try something,” he told us. This is the heart of so-called liberalism: the willingness to try, rather than to build a wall.

Eleanor became a tireless advocate for labor, for civil rights, for fair housing. She asked Franklin and the American people how we could fight racism abroad while allowing it to prosper at home. She pushed through women’s rights to work in jobs formerly forbidden to them. Together, they were a family who fought for the rights of the poor, the oppressed, the immigrants, the farmers, the factory workers. It is not too much to say that they helped create a paradigm shift in the minds of those underprivileged groups, who at last felt they had avatars at the highest level of society. The four universal freedoms still talked about today were Roosevelt’s mantra: freedom of speech, freedom of worship, freedom from want, freedom from fear. Human rights is a word the Roosevelts used, a word that finally meant something. Other words came to my mind when looking at the graves of these pioneers, words like “united nations” and “social responsibility.” Words like hope and victory and love. 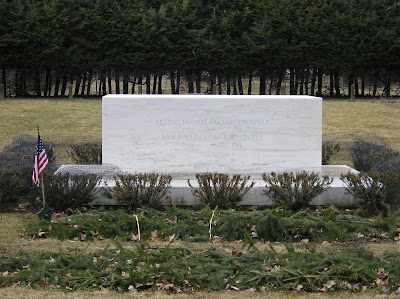 These noble thoughts filled me as I walked from their grave site across the afternoon lawns, making me believe in a better world, where government works for the people, where leaders have our interests at heart, and where we all work together toward common goals. But a block away, a bewildered middle-class couple was denied a loan, a peaceful protestor was arrested for vagrancy, and the corporate supermarket charged outrageous prices for produce fed on the sweat of the poor.


First published on Hackwriters.
Posted by Eric D. Lehman at 4:53 PM No comments:

Interviewed by "The Port"

A few months ago I was interviewed by the Bridgeport web magazine, "The Port." Here's the transcript of the interview for all those who missed it!

Why do you prefer writing as your artistic medium? What makes the art of writing stand out to you amongst other forms of artistic expression?

You’re a professor. As a writer and educator, how do you incorporate your passion into your career? What would be some advice you would give aspiring writers?

Both writing and teaching involve connecting with other people. So it’s not hard to inject my passion for connection into both areas of my life.

My advice to aspiring writers is to persist, adapt, and practice. So many of my friends and students who wanted to become writers never did it, but not because of the quality of their work. They simply did not persist in either writing or revising, could not or would not adapt to the business of writing, and did not continue to practice.

What do you find inspiring about a city like Bridgeport? What changes have you seen and what would you like to see more of?

I find inspiration in the stories of Bridgeport’s people. They have been through a lot, but continue to create their own successes and band together to build a better community. I hope to see even more of that spirit!

You and a fellow professor have submitted pieces, both on the subject of the ocean and Long Island Sound. The ocean is a familiar muse in all forms of artwork. What is it about the ocean that you find so stirring?

The ocean is both eternal and ever-changing. However, I probably write about it because I see it every day!

Daylights savings time recently occurred and the days are getting shorter. Are you a morning or evening person? Do you prefer winter or spring? When and where do you find your inspiration?

The autumn is the most inspiring time of year for me. There’s nothing better than hiking through a yellow forest when the leaves are falling. But I get my best ideas right before I fall asleep, so I’m always sure to keep a pen and paper ready on the nightstand.
Posted by Eric D. Lehman at 7:53 AM No comments:

Labels: the port interview eric lehman writing
Newer Posts Older Posts Home
Subscribe to: Posts (Atom)
I've pointed the direction of this travel blog toward life in Connecticut: its history and its food, its culture and its lifestyle. Join me as I explore the myth of home, something too often lost in our nomadic world.