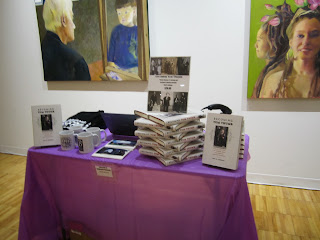 It was my pleasure to present the findings of my new book, Becoming Tom Thumb, at the University of Bridgeport art gallery last week. 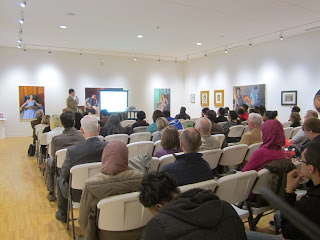 The bookstore sold a bunch of books! I think they were happy. In attendance was a former ringmaster of the Barnum Festival, and he gifted me a few great souvenirs. Thanks to everyone who attended!
Posted by Eric D. Lehman at 7:39 AM No comments: 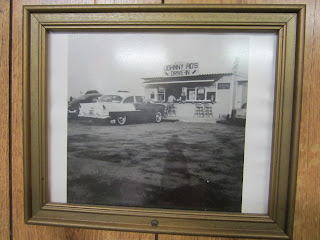 Stopped by Johnny Ad's Drive In in Old Saybrook for dinner the other night. The lobster bisque was so rich and buttery - maybe too rich! 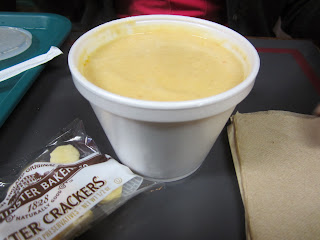 The lobster roll, on the other hand, was not as buttery as some, so you could really taste the lobster. 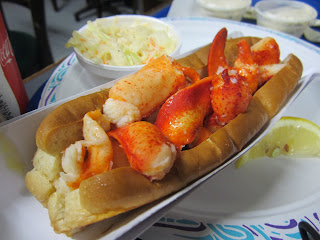 The waffle fries were absolutely delicious - some of the best we've had. The cheese sauce they serve on the side is unnecessary. 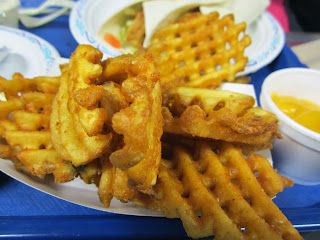 The codfish tacos were also good. P.S. We took some of this home - it was a lot to eat! There is no skimping on the portions. 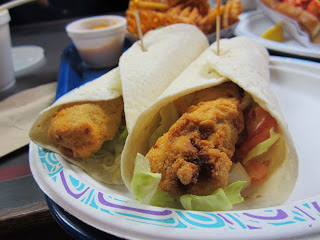 Will they make it into the next edition of Insiders' Guide? They are certainly a great candidate!
Posted by Eric D. Lehman at 2:41 PM No comments: 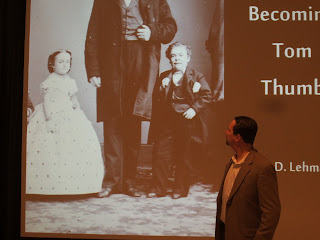 Had a great time presenting my new book at Trumbull Library and at Evergreen Woods last week. This week it is the art gallery of the ABC building at the University of Bridgeport on Wednesday at 4:30 and Old Saybrook Historical Society (at Acton Library) on Thursday at 7. I hope to see you there!
Posted by Eric D. Lehman at 3:33 PM No comments: 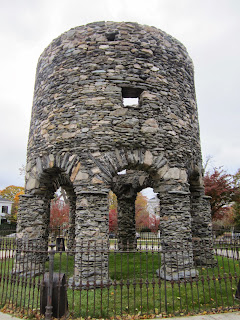 Also known as the Touro Tower, the Stone Tower, etc. It is one of the great mysteries of early America. It was possibly built by Benedict Arnold the first, governor of Rhode Island, in the 1670s. However, it could be much older. It bears similarity to various Norse round towers and churches, and could have once sported a conical roof and a 'skirt' area. It has astronomical oddities that would make it unlikely to be a simple windmill, and a "Norman estate" is mentioned in Verrazano's observations of the area, long before Arnold and his ilk. 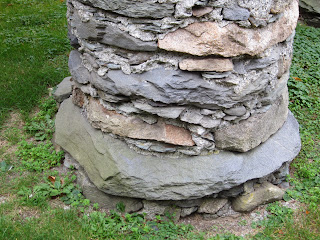 We had a chance to check it out recently, and it is definitely odd. If it was 17th century architecture it was nearly unique. The large stones near the base of the pillars are bizarre and not exactly smart, unless they were originally underground, or if there were flying buttress-like attachments to the rest holding it up. 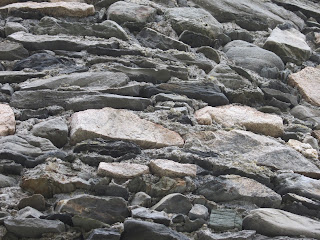 In some ways it is slipshod and uneven, and in others so precise and astronomically centered, that it is hard NOT to be suspicious that Viking mariners built it long before the arrival of the pilgrims. I am no expert, but I understand why this strange building is at the heart of so many bizarre theories. 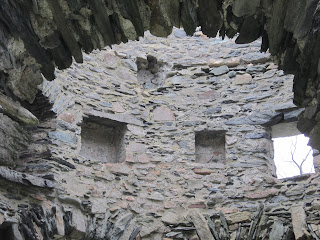 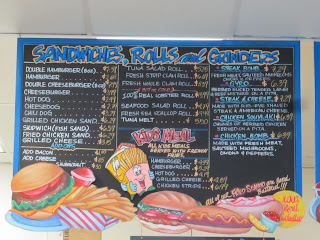 Amy and I stopped in at Skipper's Seafood in Niantic on our way to the fabled Book Barn last weekend. 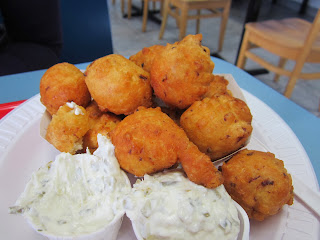 It bugs me that I never stopped in there before in all my trips to the book barn, because it serves a solid meal of New England seafood. The clam fritters (above) were particularly yummy. 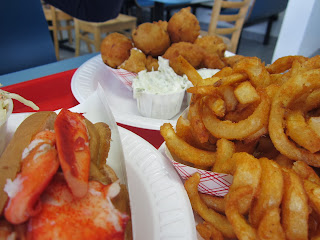 Better yet, the prices were quite reasonable. The hot lobster roll was only 13.99, which is about right for one served in a hot dog roll. I've seen them at 17.99, and if it is served in a large sub roll that is fine, but for this amount of lobster that price is correct. Thanks, Skipper's! 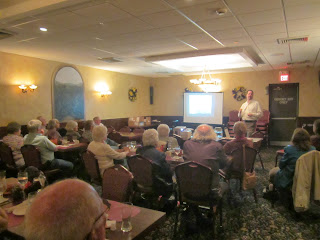 Over the weekend I gave the first lecture for Becoming Tom Thumb at the Middleborough Historical Association. They are the proud curators of the Tom Thumb Museum, which has one of the largest collections of objects related to Charles Stratton and Lavinia Warren in the world. It was my privilege to fill in some of the gaps in their story.
Posted by Eric D. Lehman at 5:21 AM No comments: 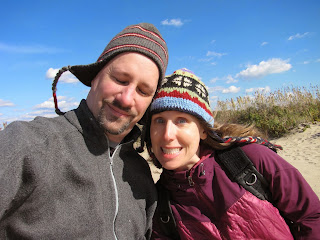 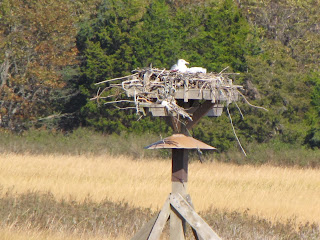 Great to be back at Connecticut's best beach during October. It was a great anniversary! 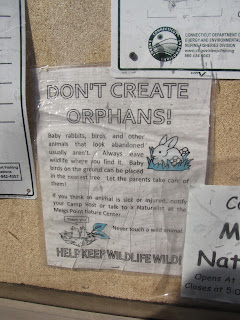 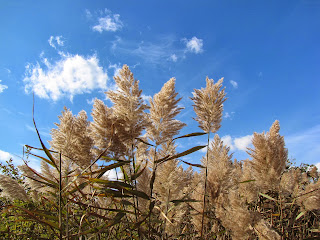 Labels: connecticut, hammonassett state park, october
Newer Posts Older Posts Home
Subscribe to: Posts (Atom)
I've pointed the direction of this travel blog toward life in Connecticut: its history and its food, its culture and its lifestyle. Join me as I explore the myth of home, something too often lost in our nomadic world.