I was thinking about growing up in Wyomissing, Pennsylvania the other day, and it reminded me that I recently published a story about it in Magnolia.

Check out this BMW Commercial

Moody jazz and Bridgeport. Considering I found out a couple days ago that Thelonius Monk lived here briefly, this video doesn't seem so strange.
Posted by Eric D. Lehman at 3:56 PM No comments:

Reading at the BPL

I gave a nice little reading and presentation at the Bridgeport Public Library on Saturday. Mary Witkowski has been so helpful to me and I am not pleased to hear that the Historical Collections have had their hours cut. I'm not sure the library understands the amazing resource they have - ten times as large and rich and strange as any other library historical collection I've ever seen.

Amy loves this first shot of me waiting for the presentation to begin. 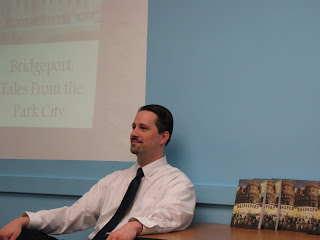 These next two shots were taken by a former student and freelance photographer, Uriela. Check out some of her work here. 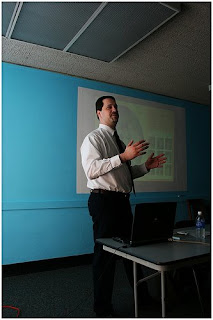 Here's me with my favorite prop, a genuine Frisbie pie plate. Snagged that on ebay a few months back... 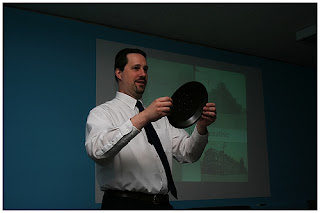 Reading at the Barnum Museum

It was a dark and stormy night...

Seriously, I have rarely felt wind like that and certainly not in Bridgeport. Nevertheless, a large crowd showed up for my inaugural reading at the Barnum Museum. 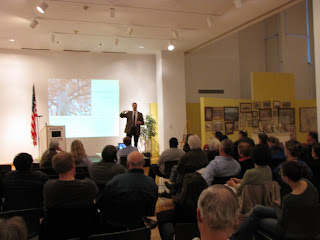 Action photo of me pointing out one of Tom Thumb's hilarious outfits. 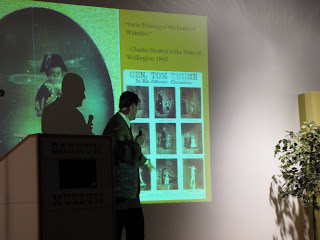 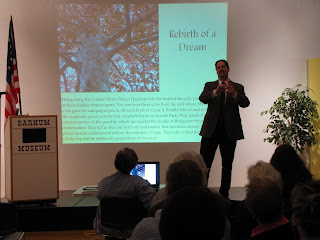 And my "press conference" photo. 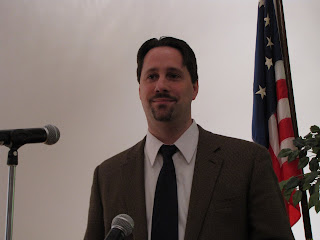 Finally, here is me signing books. I lifted this photo from Lori Golias' blog over at News 12. She has a nice report on the event. 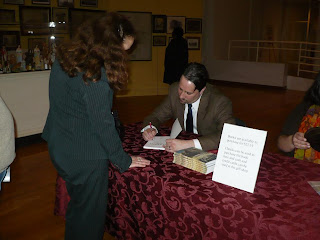 I'm featured at the Bridgeport News as of Friday.

“I took narratives of people and wove history into that,” Lehman said of his writing style. “I wanted to make it real.”

Did I really say that? It's amazing how fast interviews go by. You can also find a mention of my book at the Connecticut Post. However, the article at the Bridgeport News is likely to be my best for now.

I'm still waiting for the first 'review' of the book, though!
Posted by Eric D. Lehman at 10:17 AM No comments:

so far, the light bends
just beyond sanctuary,
beyond the blue hope
of a wandering eye without
the window's patient guidance.

I'm up on the Bridgeport Public Library main page today. The head of Historical Collections, Mary Witkowski, was extremely helpful when writing Tales. She runs the Hidden History of Bridgeport blog, as well as a memoir writing class that I recently had the honor of guest-lecturing at.
Posted by Eric D. Lehman at 1:11 PM No comments:

Bill Ectric, sci-fi author and all-around good guy, has a mention of me at his blog.

He also has this really cool collage that includes my photo from my UB homepage. 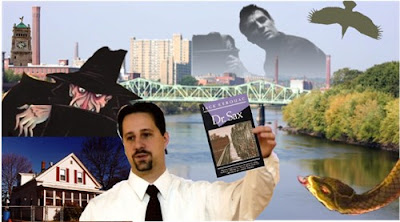 I'll have a review of his latest book up on Empty Mirror Books shortly, and will let you know.
Posted by Eric D. Lehman at 11:24 AM No comments: 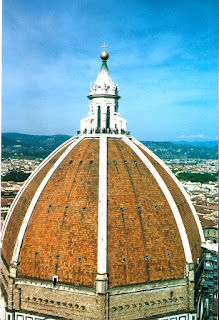 Travelmag has re-published (with a changed title (?)) my story about visiting Italy and making a pilgrimage to the sculptures of Michaelangelo. Enjoy! 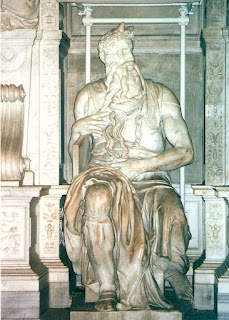 I have a new 'scholarly' publication at Nexus: The International Henry Miller Journal. This is a fine journal with a noble purpose: to rescue the author Henry Miller from the dismissive, modernist critics of the 20th Century, the dismissive, puritanical folks who banned him, and even the welcoming, uncritical critics who embraced him. 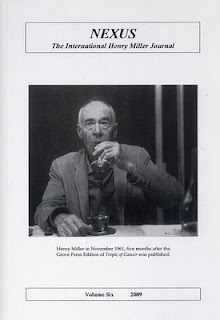 RC, at the Cosmodemonic Telegraph Company, states about my essay in Volume 6:

"In Miller’s Colossus Of Maroussi, the Greek landscape is described with a grand and pronounced lyrical style, which seems uncharacteristic when one considers the city-centered novels that preceded it. In this essay, Lehman suggests that this change was influenced by Miller’s reading of Richard Jeffries’ The Story of My Heart, which viewed the English countryside for its social and spiritual symbolism, and not merely as geography. Through Story (which he read before writing Maroussi), Miller found a kindred spirit in Jeffries, whom he wrote about in his Books In My Life. Several key links are made between the two books, including the portrayal of natural landscape as having a transformative effect on human character and soul."

He also gives a good rundown of the contents of the journal.
Posted by Eric D. Lehman at 5:40 AM No comments:

Labels: nexus henry miller journal richard jefferies
Newer Posts Older Posts Home
Subscribe to: Posts (Atom)
I've pointed the direction of this travel blog toward life in Connecticut: its history and its food, its culture and its lifestyle. Join me as I explore the myth of home, something too often lost in our nomadic world.