We still have a couple of weeks before the 24 Hour Readathon here at the University of Bridgeport. There's an article on the UB home page today. 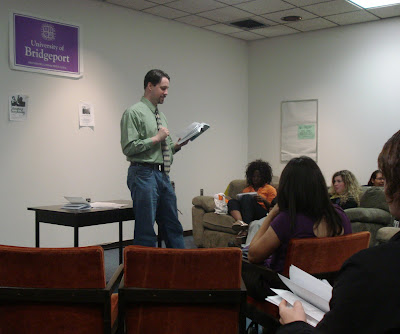 This photo is actually me reading at the International Poetry reading a couple years ago. I don't have any readathon pictures yet, because we've never done it before! This is an exciting new opportunity, and heralds a new age in UB's outreach to the community. The readathon will be held in the Student Center Social Room, which has hosted speakers like Malcolm X and bands like Duke Ellington's. Should be a blast.
Posted by Eric D. Lehman at 10:53 AM No comments:

My wife is a runner-up in the biannual Phi Kappa Phi Forum poetry competition. You can find her work at the "Online Extras" page of Forum.

Maybe I'm a little prejudiced, but I think hers is by far the best! That last stanza just kills me, how she brings the specific out to the universal so beautifully. "He is my grandfather, fleeing Poland..." 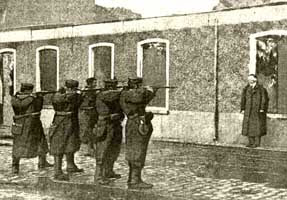 Check out my new short story in the Fall 2009 edition of ken*again. Those of you who are fans of Gabriel Garcia Marquez and 100 Years of Solitude will be sure to enjoy it.
Posted by Eric D. Lehman at 7:56 AM No comments:

In preparation for your upcoming documentary on America’s National Parks, my wife and I have been reviewing your excellent series on Jazz. In part 10, which focuses on Charlie Parker, I noticed a dismissive attitude in both the narration and commentary toward Allen Ginsberg and the so-called “beat” movement. This is due to Ginsberg’s statements about the spontaneity of be-bop, when of course it is quite obvious to a practiced listener that be-bop requires incredible technical proficiency.

It is certainly possible that Ginsberg and his friends heard in be-bop what they wanted to hear. Don’t we all! But if so, it is a historical irony that “beat” poetry is also called “spontaneous” and lauded for it, when in fact the best of it, especially Ginsberg’s poems, also use very complex, syncopated rhythms, and require a similar technical skill to great jazz.

Perhaps it is possible that Ginsberg is referring to the spontaneous spirit of jazz, something that the documentary itself focuses on when comparing the strict “swing” music with, say, Count Basie’s version. It seems an oversight not to explore that angle more, rather than dismissing the author along with a generation of young be-bop listeners. Of course, I would love to see that oversight remedied in a documentary on the history of American Literature!

It is a rare false note in an otherwise spectacular documentary on the history of Jazz. Keep up the good work as America’s greatest documentarian and thank you for your time.

Bridgeport Then and Now 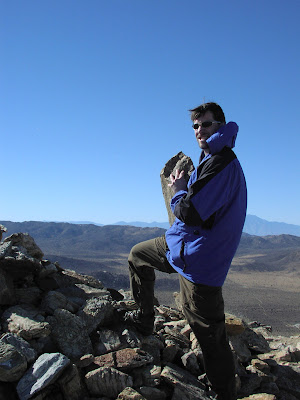 "Lifting boulders is a noble profession, not unlike teaching." - EDL
Posted by Eric D. Lehman at 11:17 AM 1 comment:

My wife is in the new White Leaf Press anthology of poets from Britain and America. You can find her work in Issue 5. The poem is called "Some Things are Best Left." Here's what editor Stephen Brown said of the piece:

"The ghost that walks through Amy Nawrocki’s poem is the memory of a failed relationship, presented as an unfinished painting: ‘two figures in the half green / landscape of the canvas.’ The two ghostly figures in the poem are indistinct, ‘a blank space emerges.’ Amy suggests that ‘the colours are trying to shade in what is really blank.’

When the speaker urges in the last stanza to ‘Look over and finish the scene,’ one wonders whether it is addressed to the reader or the lover, but the intimacy is lacking in the end and the white space suggests coldness, the emptiness that remains. But as Amy says, ‘Even after it is over, or when we move on, the brush strokes are still there, however subtly.’"
Posted by Eric D. Lehman at 11:16 AM No comments: 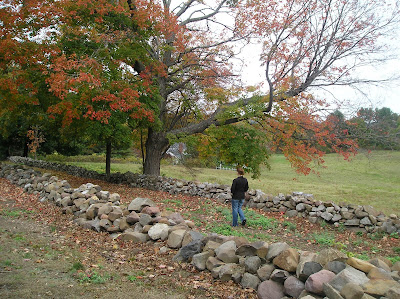 I have a new publication today in Mobius: The Journal of Social Change. It's one of my 'new fable' short stories called Last Walk on Silver Lane. Enjoy!
Posted by Eric D. Lehman at 9:45 AM No comments:

Labels: mobius last walk silver lane story eric d lehman
Newer Posts Older Posts Home
Subscribe to: Posts (Atom)
I've pointed the direction of this travel blog toward life in Connecticut: its history and its food, its culture and its lifestyle. Join me as I explore the myth of home, something too often lost in our nomadic world.