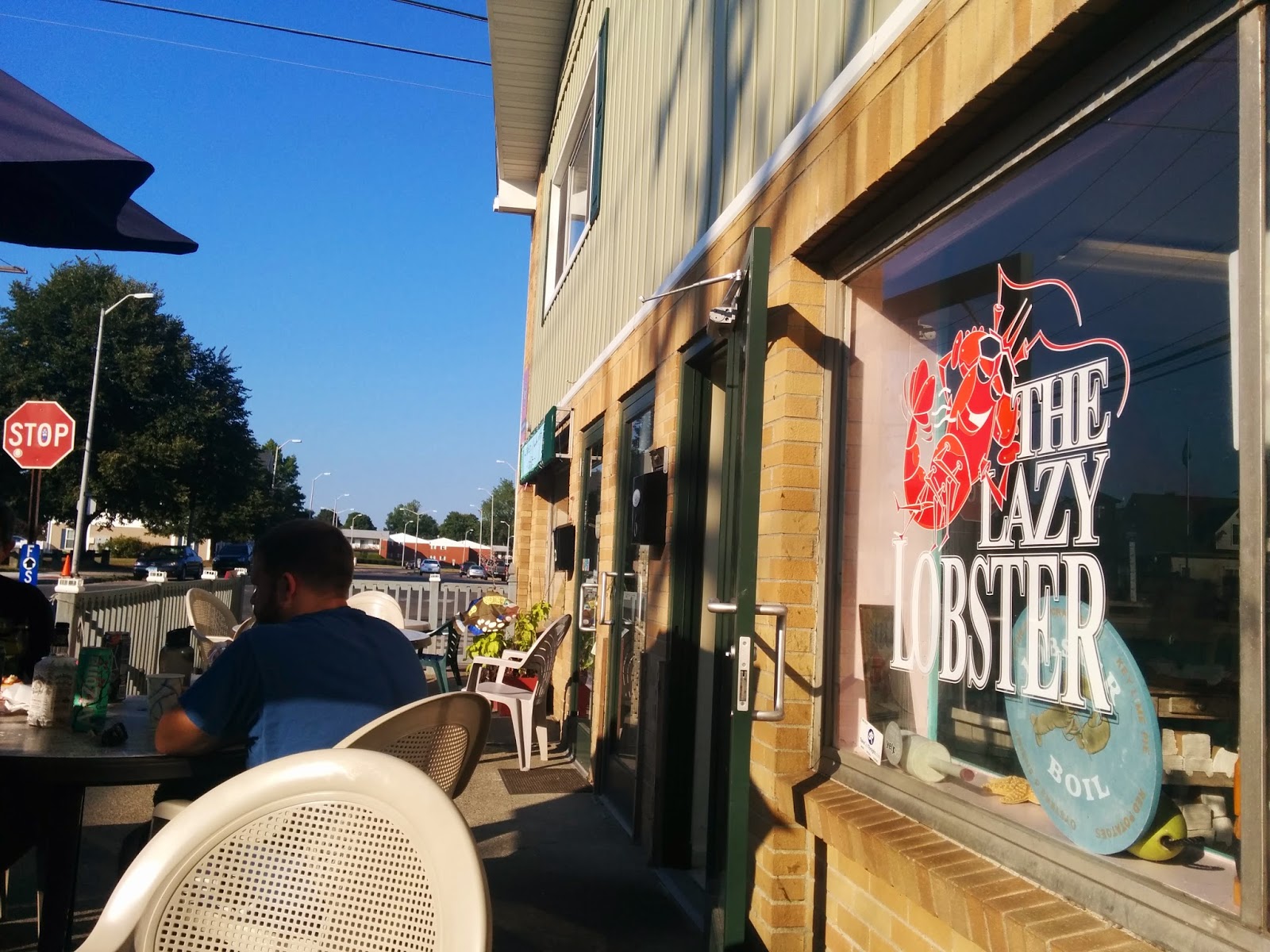 In the interest of our continuing quest for the best lobster roll in Connecticut, we visited The Lazy Lobster last week. It is located near the beach in Milford, though not on a 'dock' or anything. So, the site is not very picturesque. But what matters most is the food. 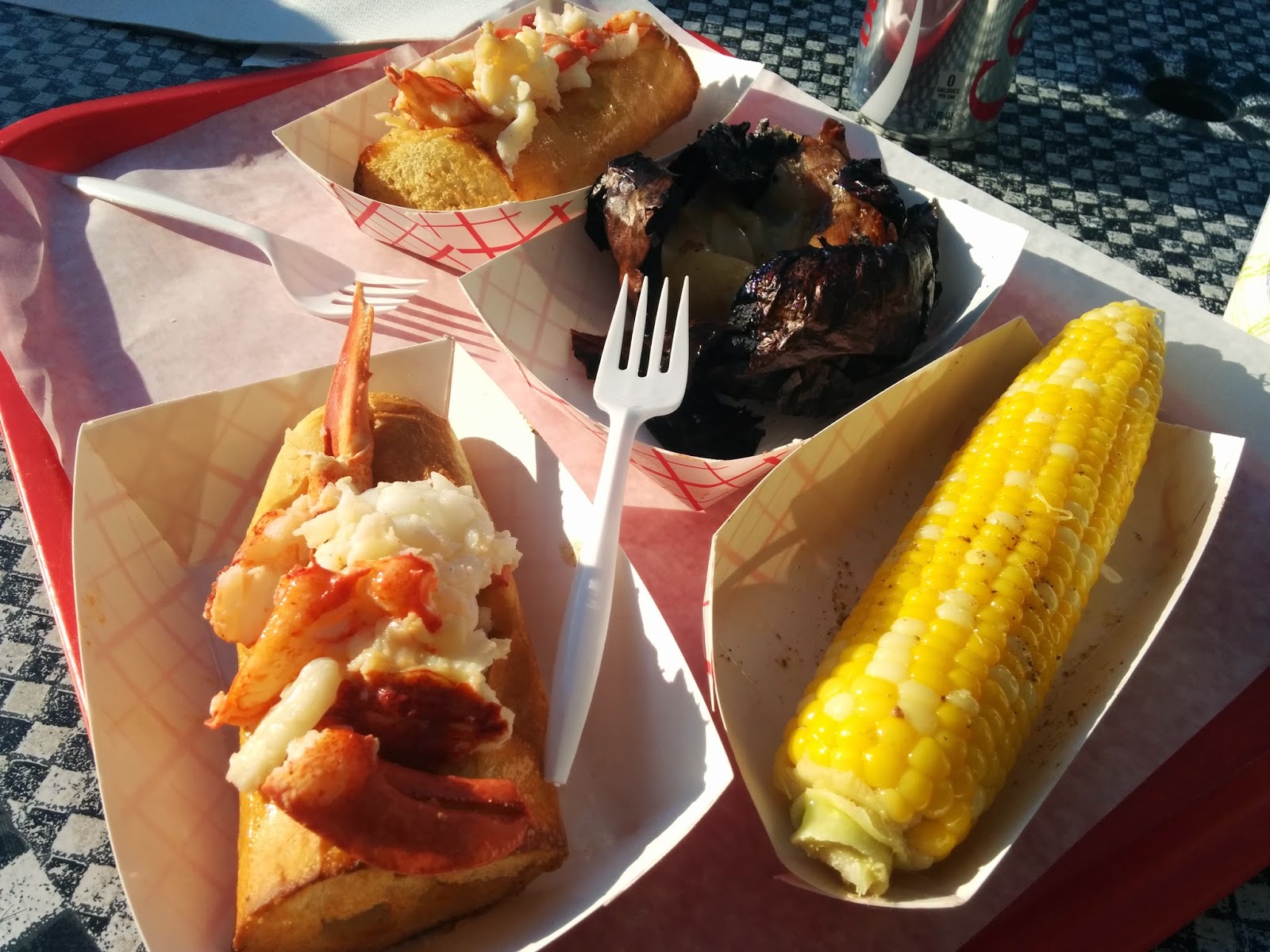 And the food was good. The lobster rolls are served in a piece of French bread, which Amy loved. The only disadvantage is that it doesn't allow for enough lobster per bread bite, if that makes sense. Amy thought it was the second best roll she's had in the state. I would rate it slightly lower, at third or fourth. But totally solid - not rubbery, fresh, and just enough butter. Delicious. 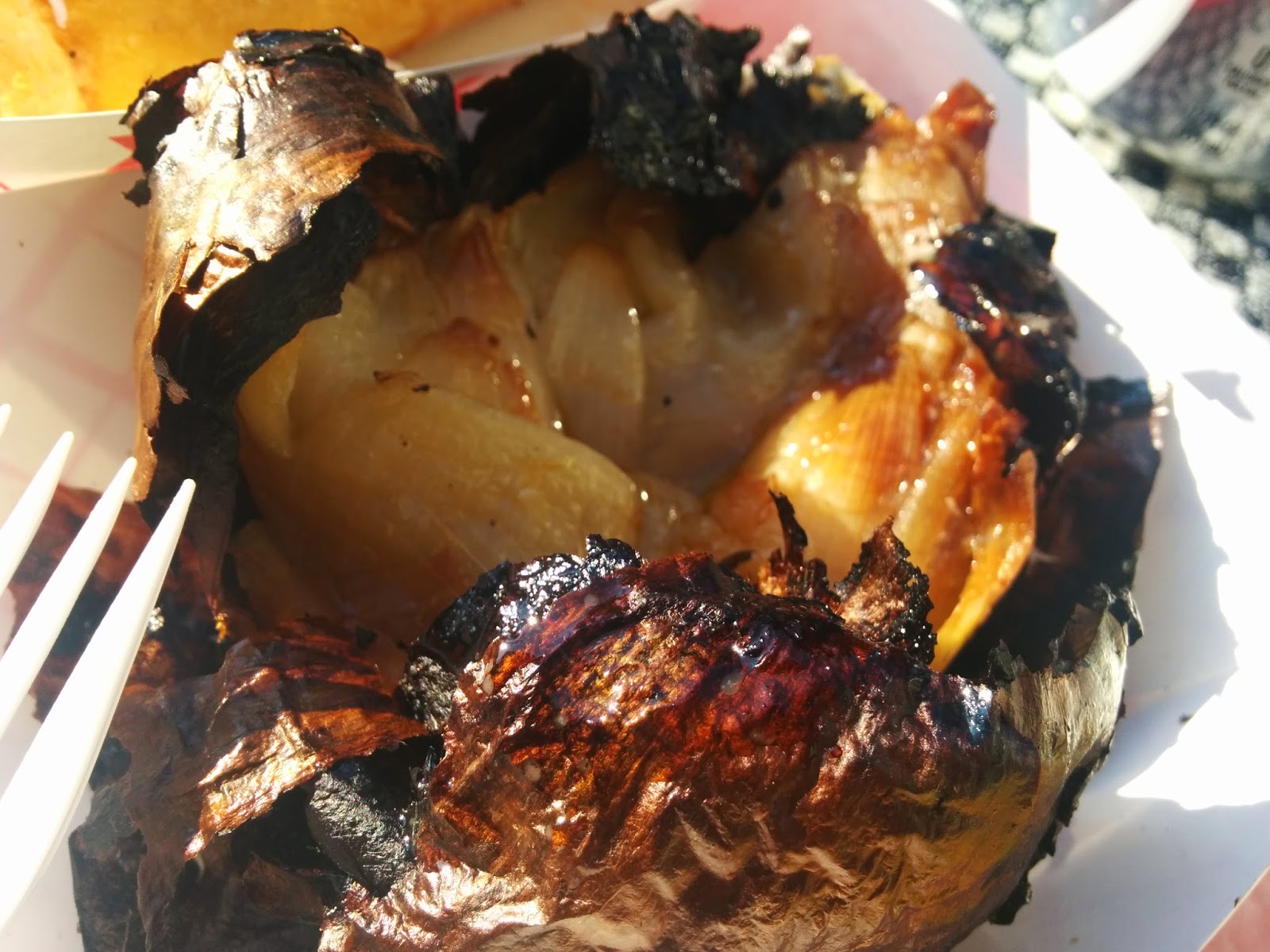 An added bonus is the Lazy Lobster's roasted onion (above), which is caramelized deliciousness. I recommend this place, especially for take out (it's small and hot in the summer), and for the owner's wonderfully pleasant but professional attitude.
Posted by Eric D. Lehman at 3:25 PM

That roasted onion looks phenomenal! You had a beautiful day for your visit!