You can now find this blog at www.ericdlehman.org/themythofhome.
Posted by Eric D. Lehman at 1:13 PM No comments: 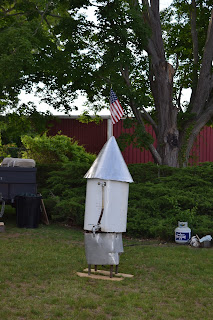 Can't say enough about this awesome sight at the Essex Shad Bake this year. That is not a rocket ship, that is a coffee pot. Almost as tall as I am. Served hundreds. Fan-tastic.
Posted by Eric D. Lehman at 1:07 PM 1 comment: 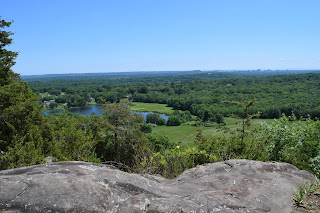 Amy and I hiked from our house all the way south on the Regicides Trail to New Haven. 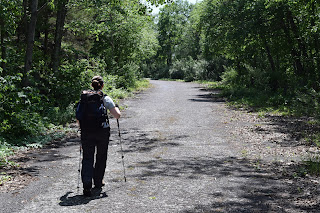 Some of the way we went on Baldwin Drive because we weren't making good enough time on the trail. But since I'm no longer a purist, I was okay with that. 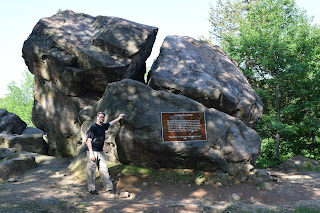 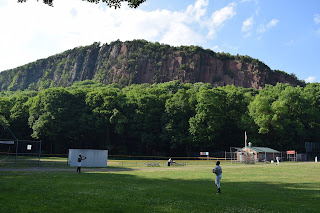 A baseball game at the base of West Rock cliff... 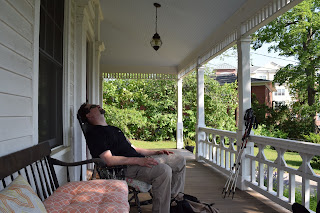 And collapsing on the porch of the Austin Street Inn, where we spent the night. 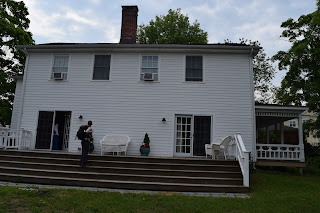 After a good night's sleep we headed out through the blooming mountain laurel (below). 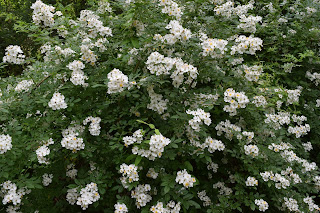 We saw ravens (!), toads, numerous birds of all sorts, what may have been a coyote, and this little box turtle. 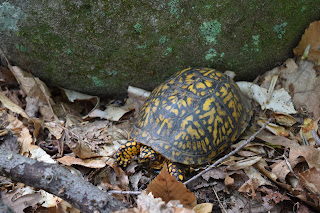 Made it to Lake Wintergreen in epic time...which of course gave me blisters later.
﻿ 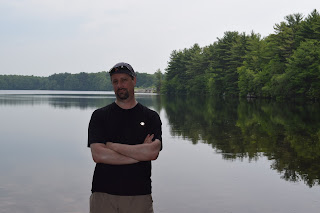 All in all, I would say we hiked 17 miles. These sorts of overnight hikes are possible all over Connecticut, but so few take advantage of our 'small size' to do it. 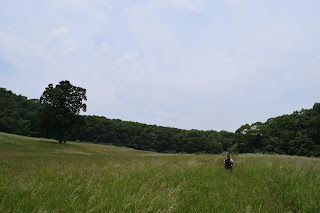 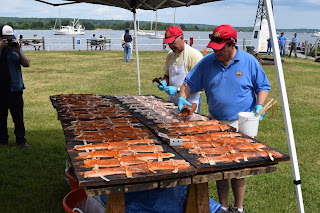 Enjoyed a trip to the Essex Shad Festival at the Connecticut River Museum, sponsored by the local Rotary Club. 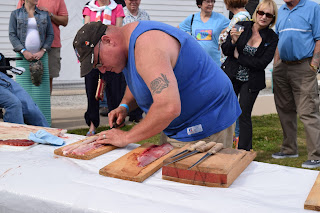 Watched a demonstration of boning these very bony fish - something I would not want to attempt, despite being comfortable boning or filleting a variety of others. 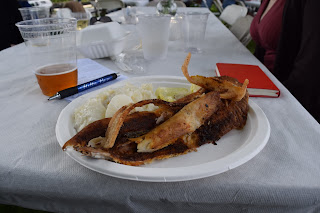 The fish itself was delicious - a wonderful white freshwater fish, with a little salt pork that was used to nail it to the boards (see below) and a Shad Derby Pale Ale to wash it down. 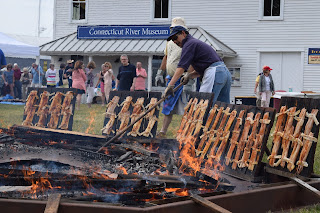 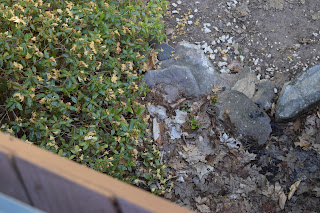 We get a number of nonpoisonous snakes in our yard (black racers, garters, milk snakes), and while we enjoy them keeping the mouse and frog populations down, they unfortunately breed. And the babies are small enough to slip through some weird underneath our porch cracks and occasionally get into the house. Our cat Django takes care of them at that point, or at least alerts me so that I can grab them and carry them out of the house, sometimes in the middle of the night. Those snakes are so small I doubt they could even bite through my skin. However, the ones outside can. 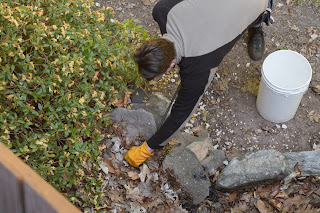 So, because of this issue, I now remove snakes from the yard whenever I see them sunning themselves on a rock. So far I have removed three large snakes, and the smaller one pictured here. One of the large snakes was a fat garter snake that emitted a foul odor when I grabbed him and put him in the bucket. Another was a milk snake that was in the process of killing a baby bird (I let him have it, but removed him and the dead bird). Another was full of three phoebe eggs he had just eaten a couple days earlier (we had been watching the nest). Those snakes were big enough to really hurt me. This guy's bite would probably just hurt a little bit, like a bee sting. But my wife got photos of me removing him properly, so I have posted him here. 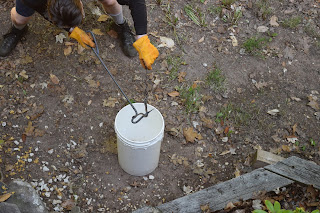 The device I am using is a poker/rake that I recently forged in a blacksmithing class out of a piece of rebar. Turns out it is close to the shape of a genuine 'snake stick' and works great, at least for a snake this small. I used a rake for one of the big ones. 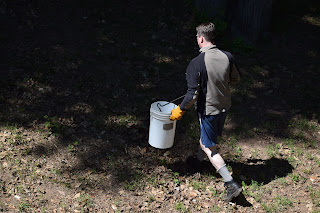 I take the snakes about a 1/2 mile up into the woods, where hopefully they will stay. Of course it is possible that they crawl all the way back, across a stream, etc. So, it may be a fool's errand. But since I removed two garters now this spring, I am hoping that this is one year they will miss breeding underneath my porch in the old chipmunk holes. If you try this yourself - be safe!
Posted by Eric D. Lehman at 6:05 PM No comments:

Labels: afoot in connecticut, garter snake, how to, snake removal, snake stick
Older Posts Home
Subscribe to: Posts (Atom)
I've pointed the direction of this travel blog toward life in Connecticut: its history and its food, its culture and its lifestyle. Join me as I explore the myth of home, something too often lost in our nomadic world.

Available from the History Press
Consider buying your next book at IndieBound.